Alexandria, VA WW/Press/September 16, 2021 – John E. Williams, Attorney with The Law Offices of John E. Williams, Esq. is recognized and distinguished in the Top Attorneys of North America 2021-2022 edition by The Who’s Who Directories. 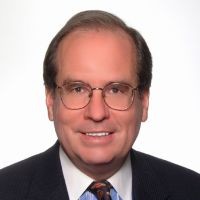 “I listen and learn from my clients.” – John E. Williams, Esq.

John E. Williams is a tax and corporate attorney in the Washington, D.C. metropolitan area with over 45 years of law practice experience in IRS and state tax controversies and tax collection procedures, structuring and planning for domestic and international corporate, individual, shipping, and real estate ventures and transactions, and handling complex tax controversy/process matters for domestic and foreign parties. Most recently from 1990 — 2000, he served as the Tax Group Head of the Washington Office of Winston & Strawn, one of the top twenty law firms in the United States.

Mr. Williams served as Assistant to Commissioner Rosko Egger of the Internal Revenue Service from 1981 through 1984. In this capacity, he executed responsibility over national tax policy issues and technical tax law issues and administration within the purview of the IRS.  He was substantively involved in virtually all of the tax policy and interpretative positions developed or taken by the IRS in the first half of the 1980s, including debt/equity issues, partnership allocation issues, foreign tax credit issues, FIRPTA, and leasing issues. He received the IRS Commissioner’s Award in 1984, which is the Commissioner’s highest award for service.

He received a B.A. from Yale College in 1968 and was awarded a J.D. from Virginia Law School in 1974, where he was a member of the Virginia Law Review editorial board.  He also holds an LL.M. in taxation, which he received from the Georgetown University Law Center in 1977.  Following law school, Mr. Williams served as a judicial clerk to the Honorable Charles R. Richey, U.S. District Court for the District of Columbia.  He received the IRS Commissioner’s Award in 1984, which is the Commissioner’s highest award for service.

Mr. Williams’ law practice proceeded from national law firms for most of his career, culminating in his role as the Head of the Washington Tax Practice for Winston & Strawn, one of the Nation’s 20 largest law firms, for the decade of the 1990’s.  Mr. Williams now practices throughout the United States and abroad from offices in Alexandria, Virginia.

Be the first to comment on "Top Attorney – John E. Williams, Esq."