Nederland, TX WW/Press/October 6, 2022 – Carl A. Parker, Founder and of Counsel with The Parker Law Firm is recognized and distinguished in the Top Attorneys of North America 2022-2023 edition by The Who’s Who Directories. 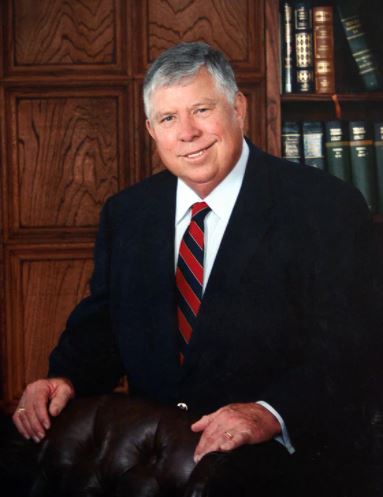 The Parker Law Firm Since 1958, have been helping clients in Nederland, Port Arthur, Jefferson County and throughout Texas and even other countries to solve legal issues in criminal law, family law, civil cases and personal injury representation. Whether you have suffered personal injury in an auto accident or some other serious mishap and others are at fault, faced criminal charges, are embroiled in a family legal dispute, or need local counsel, the attorneys are there to help. Founding attorneys, Carl Parker and Allen Parker are a family legal team with 65 years of combined experience practicing law. As native Texans, they have deep community roots and a professional legal network that reaches across many fronts. The lawyers have a solid understanding of Texas law and how the legal system works in local Counties. At The Parker Law Firm they are dedicated to achieving justice for their clients and will put the combined force of resources behind your case.

Attorney Carl A. Parker, is the founder and of counsel at The Parker Law Firm. He was licensed to practice law and graduated from the University of Texas School of Law in 1958. Born in Port Arthur Texas, Mr. Parker is member of the Texas House of Representatives and is a former State Senator. He has distinguished law career, handling almost every type of legal case imaginable, from minor criminal cases to capitol murder and federal crimes; representation of foreign countries, multi-million dollar business litigation and recovery of multiple millions of dollars for individual clients in personal injury litigation.

Before starting his own law firm, Parker entered the United States Naval Reserve as a Navy lawyer. While serving as a Navy lawyer, he handled more than 500 claims for and against the government and contested court-martials in a period of three and one-half years. Parker attained the rank of Commander while in the Naval Reserve.

After leaving the Navy, Parker returned to his legal career in Port Arthur as a partner with Long & Parker. In November of 1962, Parker was elected to the Texas House of Representatives and served until his election to the Texas Senate in 1977. Parker served as Senator of the Fourth Senatorial District until 1995.

Parker’s business experience includes banking, having served as Chairman of Mid-County Bank Board and assisting in the chartering of three other banks. He was co-founder of Bridge City Cablevision and general counsel. Parker is also a general partner in Cajun Cabins, Ltd., a bed and breakfast on Pleasure Island, Port Arthur, Texas.

In his thirty-three year tenure, Senator Parker authored or co-sponsored more than 400 bills, which were enacted into state law. These measures include the establishment of Lamar University, Port Arthur; the Consumer Protection Act; Texas’ First Industrial Safety Bill; the Education Reform Bill of 1984; the creation of the Texas Housing Agency; the establishment of the Port of Port Arthur; the Insurance Reform Bill of 1991 and the School Finance Reform Bill. He sponsored legislation merging all state environmental agencies into one, which is now the Texas Natural Resource Conservation Committee. While serving in the Texas Legislature, Parker was the only person elected to serve as both Speaker Pro Tempore of the House and President Pro Tempore of the Senate.

Be the first to comment on "Top Attorney – Carl A. Parker"