Houston, TX WW/Press/April 6, 2022 – Glenn J. Fahl, Attorney with Fahl & Donaldson is recognized and distinguished in the Top Attorneys of North America 2022-2023 edition by The Who’s Who Directories. 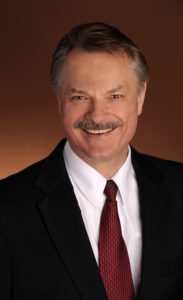 Fahl & Donaldson, PLLC have more than 100 years of combined experience defending clients throughout Texas. They represents businesses engaged in trucking & transportation operations, and in the design and construction of industrial, commercial, public works, power generation, process plant and energy-related projects. Additionally, the Firm defends businesses faced with serious claims for personal injury and/or property damage. Businesses involved in high-risk operations, or when faced with serious personal injury or property damage claims, At Fahl and Donaldson they have earned the reputation for have sound legal advice and experienced and qualified attorneys.

Glenn J. Fahl was licensed in 1984 and has been practicing civil litigation his entire career.

Glenn’s work ethic dates back to college and law school where he self-funded his entire higher education putting himself through school with work and scholarships.  His drive is shown by the case results he has obtained in challenging litigation.

He has tried in excess of 75 cases to a jury verdict (complete case list upon request).  These cases show his versatility involving diverse issues such as:

Of the 75 plus cases, he successfully tried to verdict 19 commercial motor vehicle trials of which five involved death, one involving a brain injury and several with serious injury.  He has previously handled tractor trailer cases involving accidents at entrances of locations, one of which he tried.

He is personal counsel to several trucking companies.  He leads a rapid action response team (investigating new serious/fatality accidents) for a number of trucking and insurance companies.

He has given trucking seminars and safety meetings on multiple commercial motor vehicle issues.  He has dealt with many fatality accidents where the truck driver was charged with negligent homicide while simultaneously being sued for the deaths.  He has extensive experience with accident reconstruction and has deposed hundreds of experts in this field as well as others.

He has been a Moderator at the Bar of Texas Advanced Personal Injury Seminar.

He has been part of the faculty for The Texas Workers’ Compensation Seminars.

He has lectured on:

Be the first to comment on "Top Attorney – Glenn Fahl"