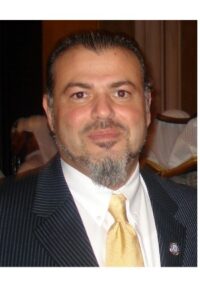 Ayad Law, PLLC is a firm serving Detroit, Michigan and the surrounding areas in legal matters concerning criminal law and civil rights law. Nabih Ayad founder of the firm, is admitted to practice law in the state of Michigan since 1999. Attorney Ayad’s law practice is not limited to Michigan, he has worked on federal cases around the country and is licensed in many Federal district courts and courts of appeals. Attorney Ayad received his JD from the Detroit College of Law at MSU in 1998, B.S. in Accounting from Wayne State School of Business in Detroit in 1995. He is a member of the Michigan Trial Lawyers Association 1999; American Immigration Lawyers Association 1999; Alpha Delta Law Fraternity International; Golden Key Honor Society; Beta Gamma Sigma.

Attorney Ayad is Founder of the Board for the Arab American Civil Rights League (ACRL). From December of 2008 to December of 2011 Attorney Ayad was a Michigan Civil Rights Commissioner, Appointed by former Governor Granholm. He is on the Advisory Counsel on Arab and Chaldean Affairs for the State of Michigan since 2007. Ayad was Vice President of the Arab-American Political Action Committee (AAPAC); On the Detroit NAACP Legal Redress Committee; Chairman of the NAACP Western Wayne County Legal Redress Committee for 18 cities in Western Wayne County and on the ACLU Lawyers Committee for the State of Michigan since 2002. Attorney Ayad was on the National Executive Board for American-Arab Anti-Discrimination Committee (ADC) Ayad and also as former Chairman of the ADC Advisory Board for the State of Michigan for over 7 years. Attorney Ayad was also Co-Chair of ALPACT (Advocates and Leaders for Police and Community Trust) an organization made up of 100 law enforcement and civil rights groups where he co-chaired with the head of the FBI in Detroit. Attorney Ayad is Chairman of the Detroit Wayne County Airport Board Authority and has been a member since 2014.

In February 2003, the Detroit News did a Bio on Attorney Ayad and said that he is a “tireless crusader for civil rights since September 11, 2001”. Attorney Ayad has been featured in almost every major media outlet in the world taking on cases to protect our nation’s constitutional rights.

Be the first to comment on "Top Attorney – Nabih H. Ayad"