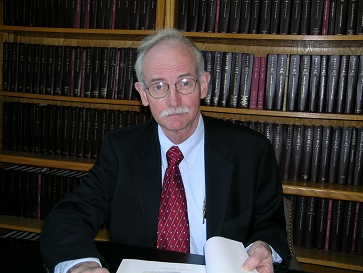 John F. McHugh is an attorney located in the financial district of New York City, specializing in vaccine injury litigation, railroad law and  commercial litigation.  Mr. McHugh is easily accessible to give clients guidance to avoid issues as decisions are being considered.  Within the Vaccine Injury Compensation program he serves injured children and adults nationwide.  He is one of less than 100 lawyers nationally who routinely handle these difficult  and often tragic cases.

Mr. McHugh was admitted to the practice of law in 1968 in Ohio and was appointed by the Attorney General to the Honor Law Graduates Program and served in the Civil Rights Division of the United States Department of Justice.  In 1970 he was appointed as an Assistant United States Attorney in the Southern District of New York due to his expertise in railroad matters. He was admitted in New York State in 1971. He handled a locomotive industry Korean War excess profits tax matter and a large number of civil matters, including civil rights litigation. After leaving Federal service, he became the General Counsel of a US Flag ocean carrier. He opened his firm in August of 1980. He became increasingly active in preserving and improving rail services in the New York Metropolitan area, resulting in a 300 % increase in regional rail freight carloads. His practice included the organization of several short line and regional carriers which continue rail services in rural areas. In one matter in Nevada his team established the rights of airline passengers, He routinely handles matters in admiralty, aviation, contracts, breach of warrantee (unsafe firearms), general commercial matters and torts.

Mr. McHugh graduated from The Defiance College with a Bachelor’s degree in Political Science and History, 1965 and received his J.D. from the University of Toledo, College of Law, First in the Class of 1968. He is a member of the New York City Bar Association, Transportation Committee.

Mr. McHugh holds the coveted Distinguished rating by Martindale-Hubbell based upon peer review of his professional achievements, 2019.

Be the first to comment on "Top Attorney – John F. McHugh"