Alexandria, VA/Press/March 21, 2019 – Jack J. Schramm, International Development Counsel, was selected for inclusion into the Top Attorneys of North America 2019-2020 edition of The Who’s Who Directories. 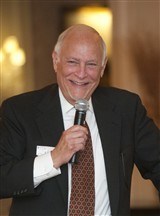 The accomplishments attained by Mr. Jack J. Schramm in the field of Legal Services warrants inclusion into the Top Attorneys of North America.

Click this link to purchase Passionate Purpose on Amazon.

Jack Schramm’s unique experience at state, federal, and international levels spans over 45 years, during which time he creatively impacted the fields of governance, rule of law, and industrial policy development and implementation. From 1989, he was engaged by USAID, The World Bank, Asian Development Bank, and OECD for senior-level assignments in 26 countries on five continents. His last assignments were in the Democracy & Governance Sector. In Iraq, his mentoring objective was to demonstrate how public policy could be translated into law in a democracy. In Afghanistan, his strategic assignment was to develop a regional negotiating strategy designed to win back vital transboundary water resources from Afghanistan’s five neighbors. As a a mentor in both countries, Mr. Schramm laid the groundwork — after peace is achieved — for future political resolution.

Earlier, Mr. Schramm assisted many developing countries to meet environmental requirements for entry into an expanding international trade field. His pioneering development of Environmental Management Systems for industrially impacted settlements was adopted by USAID and The World Bank for use in projects across the developing world and earned Mr. Schramm the title of Professional of the Year in 2009 by the Editorial Selection Board of Cambridge Who’s Who.

From 1977-1981, Mr. Schramm served in the Carter Administration as Regional Administrator for the Mid-Atlantic states in the newly established U.S. Environmental Protection Agency. He aggressively confronted entrenched obstruction at both governmental and industrial levels and skillfully negotiated the  resolution of a number of nationally significant cases.  His superior performance earned him the offer of a Presidential appointment as EPA’s national enforcement chief, which he declined.

Mr. Schramm began his public policy career, politically, as an elected member of the Missouri House of Representatives where he specialized in complex innovative legislation that often moved his state into a nationally ranked position.  A problem solver, he addressed a wide range of problems, often meeting substantial resistance from entrenched interests. Mr. Schramm’s leadership was recognized by, among other entities, the Eagleton Institute of Politics of Rutgers University (as “one of the outstanding legislators in the nation”); the state’s three leading environmental NGOs (“for environmental leadership”); The Wall Street Journal (crediting him in a national front page feature with “beginning to impact state governments around the nation”); and St. Louis Post-Dispatch (“one of the most effective legislators ever to sit in the House of Representatives”).

Mr. Schramm earned a JD degree from Washington University School of Law in St. Louis, MO and a BA degree (Hons.) in politics and philosophy from Colgate University, Hamilton, NY. He also received a scholarship for summer study in Mexico. Mr. Schramm  had military service as a paratrooper with the 82nd Airborne Division.

Mr. Schramm published a memoir titled Passionate Purpose: A Global Governance Journey (New Insights Press, 2017), in which he discusses the need to keep pushing for political/legal improvements in our society even in the face of stalwart opposition. Also, for his many rule of law projects, he wrote several dozen extensive reports on his findings and recommendations for USAID, The World Bank, The Asian Development Bank, and OECD.

Click this link to purchase Passionate Purpose on Amazon.

In 2018, Mr. Schramm was selected for inclusion in Marquis Who’s Who in America and presented a “Lifetime Achievement Award”. He also received the “2017 Distinguished Law Alumni Award” from the Washington University School of Law in St. Louis, his law school. Mr. Schramm was invited to deliver commencement addresses at several universities.

Mr. Schramm lives with his wife, Dorian, in Alexandria, Virginia.

Be the first to comment on "Top Attorney – Jack J. Schramm"