Astoria, NY /Press/January 2, 2019 – Miguel A. Terc Jr., Founder and Attorney of the Terc Law Office, P.C. was selected for inclusion into the Top Attorneys of North America 2019-2020 edition of The Who’s Who Directories. 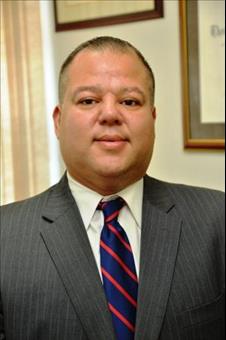 “The key to my success is that people come in as a client and leave as a friend.” – Miguel A. Terc, Jr., Esq.

Terc Law Office, P.C. conveniently serves clients in the entire New York City area, including the five boroughs, plus Nassau, Suffolk, and Westchester County, in a wide range of legal matters including Bankruptcy, Matrimonial Law, Employment Law, Immigration and Criminal Defense. They are proud to say their advertising has always been the voice of their clients, with this foundation of their practice they succeed and continue to grow because of the clients they represent.

Miguel Terc founder of the firm, is a member of both the New York and District of Colombia state bars. He is also admitted to  the United States Supreme Court and the United States District Court, for the Eastern, Northern and Southern Districts of New York. Mr. Terc has litigated cases in Small Claims Court, Civil Court, State Supreme Court, Family Court, Housing Court, and the Federal District Court in addition to administrative agencies. Mr. Terc is a general practitioner, who is familiar with many areas of the law, his practice includes: Bankruptcy, Civil Litigation, Criminal Defense, Immigration, Employment cases, Landlord/Tenant, Matrimonial and Family Law. Mr. Terc’s diversified background allows him to understand the needs of his clients, whether regular hard working individuals, small businesses, and Corporations. He has a wealth of experience and a proven track record that will provide you with the counsel you desire.

Miguel Terc received his Bachelor of Arts from the City College of New York (CCNY), of the City University New York and his Juris Doctorate from Thomas M. Cooley School of Law. Before entering law school, he was a commissioned officer in the United States Army, serving in the Air Defense Artillery, stationed at Ft. Bliss, TX, he separated from military service with an honorable discharge with the rank of First Lieutenant; he served as an advance team member for Candidate William Clinton, prior to his election to United States Presidency; served as an Assistant Commissioner to the Department of Juvenile Justice for the City of New York,  served as the first vice chair of Community Board # 7 in the Bronx, and as worked with several elected officials at the state, and local levels.

Originally from New York, Mr. Terc has lived all over the United States, but continues to call New York City home. Mr. Terc is of Hispanic decent, and is fully bilingual in English and Spanish.

Be the first to comment on "Top Attorney – Miguel A. Terc, Jr."