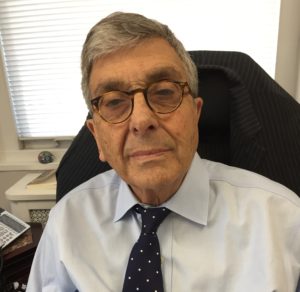 His practice areas include criminal law, civil litigation, labor law and personal injury law. He was Assistant District Attorney 1966-1970 in Philadelphia, Chief of Narcotics in Philadelphia.

Robert B. Mozenter advocated the legalization of  marijuana in 1970. Handled Move Case in 1980 involving burning of block in 1980 and represented Jeffrey Dahmer who was known as the Milwaukee Cannibal and was an American serial killer and sex offender, who committed the rape, murder, and dismemberment of seventeen men and boys between 1978 and 1991.

Mr. Mozenter also handled the Scarfo case in 1985, 7 defendants not guilty verdict. He also made an appearance in the movie “Let the Fire Burn”.

Be the first to comment on "Top Attorney – Robert B. Mozenter"