Houston, TX WW/Press/June 21, 2017– Christopher A. Ruhman, Vice President and General Counsel at Southern Title, LLC was selected for inclusion into the Top Attorneys of North America 2017 edition by The Who’s Who Directories. 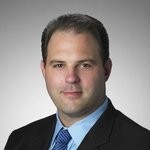 Mr. Ruhman, a former offensive tackle in the NFL, is a trial lawyer and his areas of concentration include construction and real estate, which he prides himself on providing effective and cost-sensitive solutions to businesses and individuals.

A native Houstonian and graduate of Texas A&M University, Mr. Ruhman earned his Bachelor of Science and four-year letter in football. In 1998, he was drafted into the National Football League by the San Francisco 49ers, and then later played with the Cleveland Browns and Denver Broncos. After retiring from the NFL, Chris received his juris doctorate from Valparaiso University College of Law, and then returned to Houston, Texas to raise his family and practice law. He is licensed to practice law in the State of Texas and the Southern District of Texas, Chris is a member of the Houston and American Bar Associations, the Litigation and Construction Law Sections of the Houston and American Bar Associations, the Real Estate Section of the Houston Bar Association, the State Bar of Texas, the College of the State Bar of Texas, Houston Young Lawyers Association and the Texas Association of Defense Counsel. He also is a member of the Board of Directors and sits on the Executive Committee of the Texas A&M’s Lettermen’s Association and is a member of the 12th Man Foundation’s Counsel of Athletic Ambassadors and the Texas A&M Association of Former Students . As an NFL alumni, Chris is an active member of the NFL Retired Players’ Association and the National Football League Alumni Association.

His secret to his success has been his drive to be the best attorney for his clients .

Be the first to comment on "Top Attorney – Christopher A. Ruhman"