San Francisco, CA WW/Press/January 31, 2022 –Joseph M. Alioto, Founder of Alioto Law Firm, is recognized and distinguished in the Top Attorneys of North America 2021-2022 edition by The Who’s Who Directories. 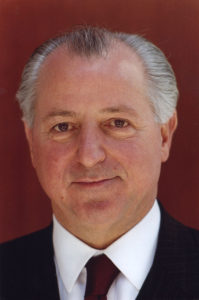 Joseph Alioto is an experienced trial attorney with an unprecedented successful legacy of antitrust actions in the United States, having represented plaintiffs in some of the largest monetary judgments in the history of Antitrust Laws and has argued before the United States Supreme Court. He has represented independent companies and corporations of all sizes, farmers, inventors, patent holders, manufacturers, suppliers, wholesalers, retailers, distributors, unions, consumers, and entrepreneurs against foreign as well as domestic corporations.

The cases the Alioto Law Firm has tried have involved every major industry from manufacturing to service, trading to finance, supply to retail, transportation to mining, foreign and domestic. Mr. Alioto has engaged over 350 antitrust cases, and has tried approximately one hundred antitrust trials in federal and state court involving issues relating to monopolization, attempts to monopolize, conspiracies to monopolize, price fixing, group boycotts, market and customer allocations, tie-in arrangements, exclusive dealing, commercial bribery, unlawful acquisitions and mergers, discriminatory pricing, predatory pricing, interlocking directorates, and other anti-competitive conduct. He has also taken many high profile cases, one of which was The Raiders v. the NFL  The case involved the right for the NFL to move a franchise. Additionally, he has handled the largest class action for price fixing on a flat panel.

Joseph received his J.D. from the University of San Francisco School of Law.