East Peoria, IL WW/Press/September 28, 2016 –Dick L. Williams, Founder and Attorney with Williams, Williams and Bembenek, was selected for inclusion in the forthcoming  Top Attorneys of North America 2016 edition of The Who’s Who Directories. 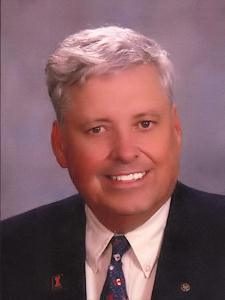 The accomplishments attained by Mr. Dick Williams, in the field of Legal Services, warrants inclusion into the Top Attorneys of North America.

Dick Williams has over fifty years of experience as an attorney, and currently concentrates his practice on wills, trusts, and probate. He is admitted to practice in the United States Supreme Court, the State of Illinois Supreme Court, the United States Federal District Court, and the United States Court of Appeals for the Seventh Circuit. Mr. Williams, with co-counsel Bruce R. Pfaff and Matthew D. Ports, won the largest wrongful death judgement of $5 million in Tazewell County in 2016. Dick received his B.S.,University of Illinois J.D., University of Illinois College of Law, on the Board of Trustees at the YMCA. He is a member of the Illinois State Bar Association, Peoria County Bar Association, Tazewell County Bar Association, Mr. Williams honors include the Paul Harris Fellow of the Rotary Club, Children’s Center of Tazewell, part of the March of Civil Rights in Selma, Alabama with Martin Luther King, Jr. in 1965.

Dick B. Williams and Andrew E. Williams are his sons and attorneys at the firm, and he has a daughter Jane.

Be the first to comment on "Top Attorney – Dick L. Williams"