Miami, FL WW/Press/July 29, 2016 –Louis A. Vucci, Attorney with Louis A. Vucci, P.A., was selected for inclusion in the Top Attorneys of North America 2016 edition by The Who’s Who Directories. 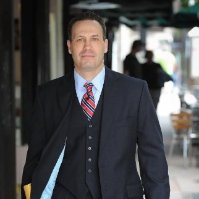 Louis Vucci represents individuals against the government in the criminal court system and against big businesses and insurance companies in personal injury cases all over Florida in both the Federal and State Court. From 1997 to 2002 he was a Public Defender in Miami-Dade County defending people and handling serious criminal cases, including felonies such as drug trafficking, murder, and people accused of sexual crimes. He understands the value of hard work and the respect that each individual deserves. Louis received his J.D. with honors from Suffolk University Law School. He is a member of the Dade County Bar Association and the Miami-Dade Justice Association.

The Who’s Who Directories, a New York based biographical publication company, distinguishes and profiles leading professionals who demonstrate recognizable success and leadership in their field. The directory is valued for promoting awareness of individual accomplishments and achievements within the North American community.

Be the first to comment on "Top Attorney – Louis A. Vucci"