Washington, DC WW/Press/June 24, 2016 –Derril B. Jordan, Founder of Jordan Law Offices, PLLC, was selected for inclusion in the Top Attorneys of North America 2016 edition by The Who’s Who Directories. 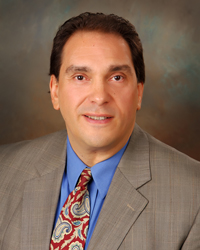 Derril Jordan is a member of the Mattaponi Indian Tribe of Virginia and has nearly three decades of legal service to Indian Country. The firm is primarily dedicated to the representation of Indian tribal governments and other Native American organizations, and prioritizes the advancement and protection of tribal sovereignty, and the promotion of tribal self-sufficiency, self-determination and economic development. In addition to its tribal clientele, Jordan Law Offices also serves as counsel to private-sector corporations and small businesses. Before his current career in private practice, Mr. Jordan served as an in-house counsel for the Saginaw Chippewa Indian Tribe, Attorney General for the Seneca Nation of Indians, and the Associate Solicitor of Indian Affairs, Bureau of Indian Affairs. Derril received his B.S.W. cum laude from Temple University, his M.S.W. from Temple University, and his J.D. from Cornell Law School.

Be the first to comment on "Top Attorney – Derril B. Jordan"