Las Vegas, NV WW/Press/January 31, 2022–Eric Brent Bryson, Attorney at E. Brent Bryson Ltd. is recognized and distinguished as a President’s Circle Member in the Top Attorneys of North America 2021-2022 edition by The Who’s Who Directories. 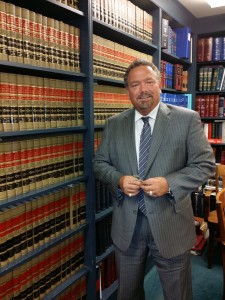 E. Brent Bryson is a nationally recognized criminal defense and civil rights attorney based out of Las Vegas, Nevada. Mr. Bryson has been practicing law since 1993. Eric Brent Bryson won the only civil jury verdict against a hotel and casino arising out of the 2002 melee at the Laughlin River Run between the Hells Angels and Mongols motorcycle clubs. The Laughlin River Run case was used by the American Trial Lawyers Association as a “mock” case to teach other lawyers on how to try a case. Mr. Bryson was also lead Plaintiff’s counsel in a case against the Appalachian School of Law that drew both National and International attention involving the shooting and killing of student and faculty by a disgruntled former student. Mr. Bryson represented O.J. Simpson’s co-defendants Clarence Stewart in the infamous criminal trial regarding Mr. Simpson’s attempted recovery of property in Nevada and successfully appealed Mr. Stewart’s conviction. He also represented “Blues Legend” B.B. King. He has conducted trials at all State and Federal levels.  Mr. Bryson has appeared on newscasts around the world, including CBS, ABC, CNN, MSNBC, and numerous television shows including In Session, Tru TV’s Most Shocking Court Videos, the Johnnie Cochran Show, Good Morning America, and Inside Edition. Additionally, he is a frequent commentator for television and has lectured and written in the areas of trial advocacy, deposition strategy, and police liability. Eric received his B.A. from University of Arizona and his J.D. from Whittier College School of Law.

Be the first to comment on "Top Attorney – Eric Brent Bryson"