Ft. Lauderdale, FL WW/Press/November 18, 2015 –Alan D. Siegel, Managing Attorney, Demand The Limits, PLLC | Attorney’s At Law, was selected for inclusion in The Top Attorneys of North America 2015-16 edition by The Who’s Who Directories. 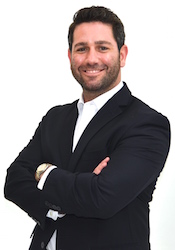 Alan D. Siegel, co-founder and managing attorney of Demand The Limits, PLLC | Attorney’s At Law, focuses his practice in the area of personal injury including vehicular accidents, wrongful death, and slip and falls.

No stranger to litigation, Alan has been an integral part of an award winning team helping earn such accolades as the prestigious Hat Trick Award for three consecutive trial verdicts. Prior to starting DTL Alan was an associate at a high paced high volume personal injury law firm where in 2017 he recovered over $3.5 million for various clients.

Most recently, Alan was appointed by the City of Delray Beach Mayor and Commissioners to the City’s Code Enforcement Board responsible for adjudicating municipal code violations. Prior to his nomination, Alan served on the City of Delray Beach Police Advisory Board which acted as an advisory body to the Chief of Police, the City Manager, and the City Commission on various police, communal and resources issues.

Be the first to comment on "Top Attorney – Alan D. Siegel"