The legal community mourns the passing of Hammond A. Beale, Jr., who was admitted to the South Carolina bar in 1967 and was an experienced litigator who tried military and civilian cases. He served in the U.S. Army from 1967 until 1971 where he was a CPT in the Judge Advocate General Corps and distinguished himself as a military judge. Upon his release from active duty, he retired to Columbia, SC and was employed at the Veterans Administration as a Claims Adjustor for several years before going into private practice. He founded Palmetto Law Center, P.C., and was an active member of the Richland County Bar, the SC Bar Association, and other legal organizations throughout his career. 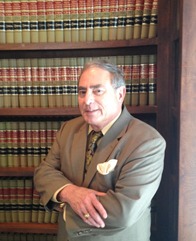 One of Attorney Beale’s most memorable accomplishments during his time serving with the U.S. Army was presiding over the famous case of US v Jeffrey MacDonald in 1979 during his tenure as a military judge at Ft. Bragg NC. This case involved one of the most famous trials in US history involving multiple homicides committed by then Captain Jeffrey R MacDonald at Fort Bragg NC in 1970. Attorney Beale presided over this case and his efforts while presiding over this trial made him a well-known figure among military personnel who respected him highly for his professionalism and impartiality.

Attorney Hammond A. Beale, Jr., had a long-standing contribution to South Carolina’s legal community throughout his career. In addition to his military service, Attorney Beale dedicated himself to helping members of South Carolina’s legal community through education and advocacy initiatives such as mentorship programs and volunteer work within various organizations across the state. He also actively participated in local bar associations, providing guidance to younger attorneys on how to better represent their clients professionally while upholding ethical standards set forth by governing bodies such as the American Bar Association (ABA). With these initiatives, Attorney Beale sought out ways to bridge existing gaps between attorneys, law students, paralegals, and other members of South Carolina’s legal system so that everyone could benefit from each other’s knowledge and experience in order to better serve their communities.

The legal community and the Top Attorneys salutes Hammond A. Beale Jr., for his dedication towards making sure justice is served regardless of any circumstances or biases held by anyone involved in any particular case or situation that he presided over during his lifetime as an attorney or military judge. His legacy will live on through those who have benefited from his knowledge and experience within South Carolina’s legal system for many years after he has passed away. It is only fitting that we remember him fondly today as we pay our respects to one of South Carolina’s finest attorneys who left us too soon but whose memory will remain cherished forever.

The Top Attorneys of North America have crafted this article to provide insight and helpful information of general interest. The goal is to keep readers informed and up-to-date on relevant legal topics – not necessarily offering advice tailored for their individual needs or circumstances.