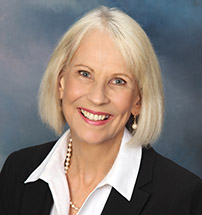 Deborah J. Townsend, P.A. is in Yalaha, Florida and serves all of Central Florida, including the greater Orlando area, Lake County, Ocala, Lakeland & Gainesville and has successfully represented corporations, businesses, and individuals throughout the United States and abroad in many foreign countries. The firm is practices exclusively in the areas of immigration and nationality law, specializing in complex business, employment, and family-based cases. The firm represents a broad range of clients, including investors, entrepreneurs, large and small corporations, foreign national employees, families, and students in all areas of immigration law.

Locating and retaining the best immigration attorney for your needs can be overwhelming. You may be a foreign national wanting to temporarily or permanently immigrate to the United States Or, you wish to become a U.S. citizen by naturalization or make a claim to derivative citizenship. Or, maybe you are a U.S. company looking to temporarily or permanently hire a foreign national to fill a position for which you cannot readily locate a U.S. person. Or, possibly you are already in the United States and find yourself under a threat of deportation. No matter what your motivation, Deborah J. Townsend. P.A. will handle all your legal needs. More importantly, you are their top priority.

Ms. Townsend has a passion for legislative advocacy. She firmly believes that it is not enough to merely practice immigration law if one truly cares about clients. It is also necessary to advocate for them legislatively. For many years, she has advocated on behalf of Comprehensive Immigration Reform by personally meeting with Congressional offices in Washington, D.D. and locally, as well as encouraging others to contact their Congresspersons and Senators. She has also spoken to many civic and political groups about the need for legislative reform and written op-ed articles on the topic.

Following her graduation from Albany Law School of Union University in 1979, Ms. Townsend first served as a VISTA attorney with the Haitian Refugee Center in Miami, Florida and then as a staff attorney with Legal Services of Greater Miami, Immigration Law Unit, for approximately two years. She also earned a B.A., Bachelor of Arts in Political Science from Hood College, Frederick, Maryland, 1976.