New York, NY WW/Press/January 23, 2023 – Joel R. Marcus, Attorney with Marcus & Pollack, LLP is recognized and distinguished in The Top Attorneys of North America 2023-2024 edition by The Who’s Who Directories. 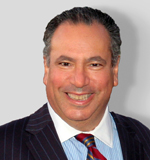 Marcus & Pollack LLP is a law firm in New York City representing clients throughout metropolitan counties in legal matters including Real Estate Tax Review and Litigation (Tax Certiorari), commercial and residential tax exemptions and abatements, tax planning and other areas of municipal and state law. The firm’s attorneys represent many of the leading and prominent real estate owners and developers, and champion their client’s goals with passion and integrity by reducing the property tax burdens they have year after year. Marcus & Pollack is committed to providing the best possible service—and to improving it every day, with transparency and communication at all times.

Joel R. Marcus, is a Senior Partner at Marcus & Pollack LLP. He has been practicing law since 1977 and is admitted to the New York State Bar and the U.S. District Court, Southern District of New York. Mr. Marcus’ concentration involves Tax Certiorari, Property Tax Assessment Appeals/Administrative and Judicial Court Filings, Real estate Tax Exemptions, 421-a ICIP, ICAP, J-51 tax exemption programs, and Not for Profit Tax Exemptions. He represents many of the largest buildings, owners, institutional investors and developers in the City.

Mr. Marcus won a decision at trial in 1990 involving One New York Plaza which resulted in a $42,000,000 real estate tax refund. This groundbreaking case established acceptance of asbestos contamination as a basis for tax reduction and still stands as the largest Court ordered property tax refund award in New York City. He also successfully handled the Shoreham New York nuclear power plant construction case that has a $5 billion construction cost. The Court reduced the tax assessment to zero.

Prior to starting his own law practice, Mr. Marcus was an Assistant Corporation Counsel at the Certiorari and Condemnation Division of the New York City Law Department, from 1977 to 1980. From 1980 to 1990, he was in charge of the Tax Certiorari and Condemnation department at the law frim of Shea & Gould, where he became a partner in 1986. From 1990 to 2005 Mr. Marcus was a partner at Pottish Freyberg Marcus & Velazquez, LLP. In 2005, he founded Marcus & Pollack LLP.