Houston, TX WW/Press/February 25, 2022 – Mervyn M. Mosbacker, Jr. Attorney with Law Office of Mervyn B. Mosbacker, Jr. is recognized and distinguished in the Top Attorneys of North America 2022-2023 edition by The Who’s Who Directories. 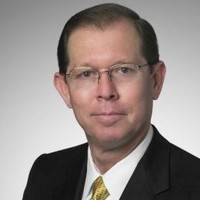 The Law Office of Mervyn M. Mosbacker, Jr. is located in Houston, Texas representing clients throughout Texas state criminal cases, and throughout the country in federal criminal cases. If you’ve been charged with a criminal charge it can be detrimental to your future. The experienced legal staff at the Law Office of Mervyn M. Mosbacker, Jr. will evaluate your case immediately to help you to find the best possible defense to get you the best outcome.​
​
Mervyn M. Mosbacker, Jr., founder of the firm, is a criminal defense and federal crimes lawyer. He has been practicing law since 1980. Attorney Mervyn M. Mosbacker Jr. is licensed to practice in the United States District Courts for the Southern, Western, and Eastern Districts of Texas, the Eastern District of Wisconsin, and the District of Columbia in Washington, D.C. He is also licensed to practice in the United States Courts of Appeals for the Fifth Circuit and the Seventh Circuit. More importantly, he has extensive federal trial experience in both defending and previously prosecuting federal cases, including individuals charged with: white collar crimes; major drug crimes; CCE (Continuing Criminal Enterprise) and CCE murder; bank and securities fraud; RICO (Racketeering Influenced Criminal Enterprises); public corruption; money laundering; immigration crimes; and many other types of major federal crimes. Mr. Mosbacker has also defended major drug traffickers and cartel leaders, both during and after their extradition to the United States, for prosecution in federal courts in Houston, Texas, Los Angeles, California, and Chicago, Illinois. Mr. Mosbacker’s mission is to vigorously fight for his clients and to make sure they are protected from unfair and abusive government or law enforcement actions. He is committed to helping those accused of a crime get through their ordeal, and to get the best possible result for them.

Prior to starting his own law practice, Mr. Mosbacker was Assistant U.S. Attorney for the Southern District of Texas since 1988, serving as the attorney-in-charge of the Brownsville office from 1989 until he left the office in 1999 to become the United States Attorney for the Southern District of Texas. His significant prosecutions include major public corruption cases, major drug trafficking cases, CCE murder cases, fraud cases, and many other federal crimes. He was a prosecutor with the Cameron County District Attorney’s Office from 1982-1988, during which time he tried over 95 felony jury trials, including 20 murder trials. He served an Assistant District Attorney in charge of a felony court docket, as Chief Felony Prosecutor supervising all of the felony prosecutors in the office, and as First Assistant District Attorney from 1986 to 1988 supervising all of the prosecutors and support staff in the office. He previously served as a clerk for U.S. District Court Judge Filemon B. Vela in Brownsville from 1980 to 1982, and as a high​ school science teacher in the Brownsville Independent School District for the school year 1976-1977.​
​
Mr. Mosbacker was nominated by President Bill Clinton and confirmed by the U.S. Senate, serving as United States Attorney for the Southern District of Texas from 1999 to 2001. He was in charge of the main office in Houston, Texas, and manned branch offices in Brownsville, McAllen, Laredo, Corpus Christi, and Victoria, supervising over 140 Assistant U.S. Attorneys. He met regularly with the Attorney General of the United States, Janet Reno, and coordinated initiatives with other U.S. Attorneys, especially with the Southern Border U.S. Attorneys.​​
​​
Mr. Mosbacker is a member of the Texas Criminal Defense Lawyers Association and National Association of Former United States Attorneys. He served as an expert of the United States in a Mexican federal court in Mexico City, Mexico.

Mr. Mosbacker is married to Linda Gail Mosbacker since 1988. Children – Michael Follis, Matthew Follis, and Laura Mosbacker. Mr. Mosbacker was born in Ciudad Victoria, Tamaulipas, Mexico to Mervyn M. Mosbacker and Raquel Mosbacker (Martinez de Armas). He was raised in Brownsville, Texas and was educated there in the Brownsville Independent School District.

Be the first to comment on "Top Attorney – Mervyn M. Mosbacker, Jr."