Melville, NY WW/Press/February 24, 2022 – Kevin B. McAndrew, Attorney with McAndrew, Conboy & Prisco, LLP is recognized and distinguished in the Top Attorneys of North America 2022-2023 edition by The Who’s Who Directories. 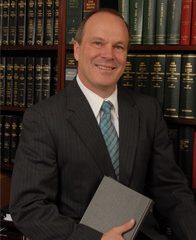 The law firm of McAndrew Conboy & Prisco consists of trial attorneys located in Melville and New York City. Serving the five boroughs of New York City, as well as Nassau, Suffolk, Westchester, Rockland, and all upstate counties. With decades of combined experience in State and Federal Courts, the attorneys specialize in premises liability, slip and fall accidents, automobile accidents, professional malpractice, construction accidents, product liability, and medical malpractice. From its inception in 1990, McAndrew, Conboy & Prisco, LLP has steadily gained a reputation as a skilled and dynamic law firm capable of managing the most complex litigation, trial, and appellate work. McAndrew Conboy & Prisco takes pride in building client relationships and successfully receiving verdicts and settlements worth hundreds of millions of dollars for seriously injured clients. The foundation of their practice is centered on early and rigorous preparation, seeking to develop the best possible outcome for clients.

Kevin has been successful in receiving multiple multi-million dollar awards by verdict and/or settlement on behalf of his clients.  He prides himself on aggressive advocacy and extensive case preparation in order to receive appropriate justice for his clients.

In 2012 Kevin was successful in receiving a $48,000,000.00 personal injury award for Vito Saladino for an injury that occurred at J.F.K. International Airport. The entire award was affirmed by the U.S. District Court, Second Circuit and represents the highest award for pain and suffering for similar injuries of its kind by over $10,000,000.00.

Along with his partners, Mr. McAndrew has established a legal team committed to providing the finest representation to his clients.

Be the first to comment on "Top Attorney – Kevin B. McAndrew"