Staten Island, NY WW/Press/February 15, 2022 – Hon. Ronald A. Gregg, Esq. with Gregg & Associates, P.C. is recognized and distinguished in the Top Attorneys of North America 2022-2023 edition by The Who’s Who Directories. 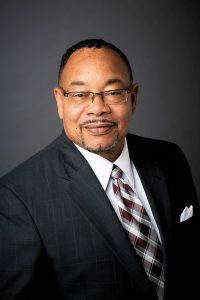 Gregg & Associates P.C. is located in Staten Island, NY and serves clients throughout New York City and the tri-state area since 1998. The firm has provided honest and effective legal representation in criminal and civil matters, civil rights, and entertainment law. Whether you are facing charges for drug crimes, such as felony or misdemeanor criminal charges, DUI or domestic violence, you can trust Gregg & Associates to help you solve your legal issue, you will know that your case is being left in the hands of skilled attorneys who have served at the highest levels of the state and federal government. At Gregg & Associates they are dedicated to obtaining justice for you.

Hon. Ronald A. Gregg, is Senior Partner and founder of Gregg & Associates and is a Retired Senior Administrative Judge. Ronald was appointed by the governor as the first African-American Judge in Staten Island. He has been practicing law for 40 years and is admitted to practice law in the state of New York and the District of Columbia and the United States Supreme Court. His areas of concentration include entertainment law, contract law, business development and administrative law.

Prior to starting his own law firm, Ronald had a long and accomplished career in law enforcement, beginning as a New York City Police Officer. Instead of becoming a police artist as he originally planned, he found himself “walking the beat” for 10 years and attended law school where he received his Juris Doctorate from New York Law School. He also has a M.S. from the College of Staten Island, and B.A. from Richmond College.

In addition to managing one of Staten Island’s only minority-owned law firms and serving as pro bono counsel to several Island houses of worship, Ronald is President of the Richmond County Black and Minority Chamber of Commerce. Ronald’s secret to success has been in mentoring young men and woman.

Be the first to comment on "Top Attorney – Hon. Ronald A. Gregg, Esq."