New York, NY WW/Press/December 6, 2021– Marion Conde, Attorney with Conde Law Firm, PLLC is recognized and distinguished in the Top Attorneys of North America 2021-2022 edition by The Who’s Who Directories. 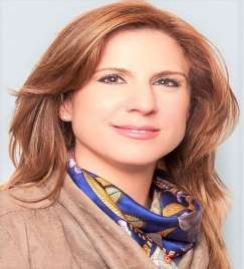 “My true secret to success is relating to my clients and speaking to them as normal people.” – Marion Conde

Marion Conde, founder of the firm has been practicing law since 2001.  She has extensive litigation experience in the field of personal injury and medical malpractice. Ms. Conde has negotiated millions of dollars in settlements in the past two decades, handling catastrophic injury and death cases caused in accidents and by the medical negligence of doctors. These medical negligence cases have involved a primary care doctor’s failure to diagnose a brain tumor, a radiologist’s failure to see cancerous lesions in a radiological scan and the failure of a hospital to expeditiously deliver a baby when the patient was suffering with severe preeclampsia.

Ms. Conde has also represented employees who have been victims of sexual harassment, religious discrimination and age discrimination. In July 2019, Ms. Conde spent several weeks on trial fighting for a client that was raped on the premises of her unsecured apartment building- her devotion to this young woman and intense preparation for trial resulted in an unprecedented settlement amount. Ms. Conde was also lead counsel in a medical malpractice trial against a doctor who falsely claimed that he was a plastic surgeon and who severely burned his patient via a laser liposuction procedure.

Over the years, Ms. Conde has advocated for her clients in various newspapers, on the Anderson Cooper show, Inside Edition and most recently on ABC News speaking on the serious dangers of Brazilian Butt lift surgery.

Ms. Conde is originally from the Bronx where she attended Cardinal Spellman High School- it was during those early years that she became the victim of a crime; it was because of this experience that she pursued a career that would enable her to empower and advocate for other victims. She obtained a Bachelor of Science degree in Criminology from St. John’s University and a Juris Doctor degree from New York Law School in 2001. During law school, she interned in the Miami Dade District Attorney’s office with the Major Crimes Division, where she was responsible for investigating and assisting in the prosecution of violent offenders. In 2004, she attended the National Institute of Trial Advocacy, an intensive trial skills training seminar, which she credits for strengthening and refining her trial advocacy skills. She is Spanish speaking and is admitted to practice law in U.S. Federal Court in the Southern and Eastern Districts of New York.

Ms. Conde currently serves as the Board Chair of Housing Works Healthcare Services, a Not for Profit organization, which operates several federally qualified healthcare centers throughout the City of New York and whose mission is to provide more affordable housing and healthcare to underserved populations.

Be the first to comment on "Top Attorney – Marion Conde"