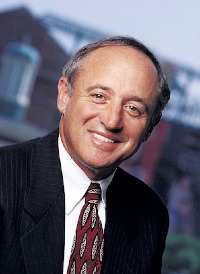 “My key to success is preparation, sincerity and looking out for the best interest of my clients.”- Paul D. Bekman

Bekman, Marder, Hopper, Malarkey & Perlin, LLC has been recognized as one of the premier law firms for plaintiffs. The attorneys have had significant experience and expertise handling medical and professional negligence, birth injury, products liability, car and truck accident, slip-and-fall, transportation, maritime, and insurance litigation for people injured by the unreasonable actions of others. At Bekman, Marder, Hopper, Malarkey & Perlin LLC, they do everything to maximize the value of their clients’ cases and take pride in their  work ethic, and ability to evaluate the strengths and weaknesses of cases, and having the ability to effectively present cases at trial working hard on your behalf to get positive results.

Paul D. Bekman is the managing member of Bekman, Marder, Hopper, Malarkey & Perlin LLC. Mr. Bekman is one of the most skilled and able trial attorneys across the State of Maryland. He enters his fourth decade of practicing in the areas of medical malpractice, maritime and admiralty, and personal injury. Mr. Bekman is a tenacious and successful advocate for his clients’ interests, as demonstrated by the significant number of multi-million dollar verdicts he has won. The effectiveness of his practice is confirmed year after year by peer professionals. As a trial attorney, Mr. Bekman stands by the philosophy that a trial of a lawsuit is 90% preparation and 10% talent and the harder you work the luckier you get. His reasons for success is preparation, sincerity and looking out for the best interest of the client.

Mr. Bekman has been a Fellow of the American College of Trial Lawyers since 1993 and served on the Board of Regents from 2006-2010. He has been recognized by Best Lawyers in America for over 30 years in the fields of medical malpractice, personal injury litigation, products liability, and admiralty. He has been listed in Best Lawyers since 1989. Best lawyers has further recognized him as Lawyer of the Year in 2010, 2011 and 2013. He has been a Super Lawyer since its initial selection in 2005 through the present, and has been recognized in the Top 10 for seven years. He is a Fellow in the International Society of Barristers (2011), and has served as President of the Bar Association of Baltimore City (1993), the Maryland Trial Lawyers (1996), and Past President the Maryland State Bar Association (1997). He served as President of the Maryland Chapter of the American Board of Trial Advocates for 14 years (1997-2011). In 2010, he received the Distinguished Graduate Award from the University of Maryland School of Law. In 2011, he was selected as one of 11 Living Legal Legends by the Bar Association of Baltimore City. He is an active trial lawyer who has obtained a significant number of multi-million dollar verdicts for his clients.

Mr. Bekman is married to Janice Silvers, they have two daughters Stacy Radz and Jodie Buchman who are both lawyers.

Be the first to comment on "Top Attorney – Paul D. Bekman"