Staten Island, NY WW/Press/October 27, 2021– Jennifer M. Cassandra, Attorney with Cassandra & Gullo, PLLC is recognized and distinguished in the Top Attorneys of North America 2021-2022 edition by The Who’s Who Directories.

“LET OUR FAMILY HELP YOURS.” 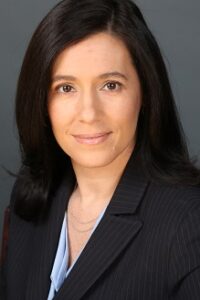 Cassandra & Gullo, PLLC provides representation to individuals and entities in New York and New Jersey. The firm practice areas include primarily Divorce & Family with divisions for personal injury, criminal and real estate transactions. At Cassandra & Gullo they provide compassion, assistance and personal attention to all clients.

Jennifer Cassandra is a Partner and Founding member of Cassandra & Gullo, PLLC. She formed her own firm The Law Offices of Jennifer M. Cassandra, in 1998 until her merger with law school classmate and husband Dominick Gullo, Esq. forming Cassandra & Gullo, PLLC in 2010. The practice intentionally has only two attorneys, the husband and wife team of Jennifer Cassandra & Dominick Gullo. This guarantees the attorneys working on your case are well versed and familiar with the facts and strategies of your matter as these partners truly take their work home with them.  Their unique personalization gives new meaning to their phrase “Let Our Family Help Yours.”

As a solo practitioner in the late 1990’s, Ms. Cassandra provided all aspects of legal services to corporations from formation to contract negotiations and shareholder disputes. She counseled various corporations including general contractors, as well as providing services to developers in commercial real estate transactions, financing and land acquisitions. In 2006, she expanded the firm’s representation to the area of Family and Matrimonial law.

Although continuing to handle residential/commercial real estate transactions, from 2006 forward, Ms. Cassandra focused primarily on the areas of Divorce, Family Law and related issues. It is in these areas that Ms. Cassandra has provided much needed insight, compassion and assistance to her clients at one of the most vulnerable times in their lives. Ms. Cassandra’s expertise in contract and real estate transactions combined with her mathematical background and experience with negotiating agreements has proved invaluable in counseling clients in all of the areas of life that are effected by divorce, especially with respect to Qualified Domestic Relations Orders [QDROs].  Many attorneys in this area are deficient in grasping this very important aspect of Equitable Distribution which affects all retirement assets, pensions, deferred compensation accounts, annuities and the like.  Most people do not realize the extensive repercussions and import of distributing or waiving these assets until many years later at their retirement.

Ms. Cassandra’s husband and partner is a former District Attorney from Brooklyn New York and his trial experience in all areas including domestic violence, sexual assault, aggravated assault, harassment, neglect and much more makes this team a formidable force. It also guarantees a rigorous and thorough litigation for their clients as these attorneys are well versed in every area of the issues that can affect Divorce and Family Law matters making them truly dangerous adversaries.  Many firms claim to have the punch, but this firm has the muscle to back it up.  There is a reason Mr. Gullo has received the well earned title of the Iron Lawyer.

Jennifer M. Cassandra Esq. graduated from New York University, New York, NY with a Bachelor of Arts in Mathematics and minor in Computer Science. She received her Juris Doctor law degree from Brooklyn Law School in 1996 [where she met Dominick Gullo.] She was admitted to the New Jersey State Bar in December, 1996 and to the New York State Bar in January, 1997. In 2016, Ms. Cassandra and  Mr. Gullo were admitted together into the highest Court of this Country, the Supreme Court of the United States of America.

Ms. Cassandra is admitted to the Supreme Courts of the States of New York and New Jersey. In 1997, she was admitted to the US Court of Appeals for the Federal Circuit, the US District Courts for the Southern and Eastern District of New York and the District of New Jersey. Ms. Cassandra has received various accreditation and awards during her memberships with the New York State Bar Association, Richmond County Bar Association, National Association of Professional Women and the Columbian Lawyers Association.

Ms. Cassandra has been awarded VIP Woman of the Year 2014-2015 by the National Association of Professional Women for her dedication to battered spouses and commitment to families of divorce.

Ms. Cassandra and Mr. Gullo have three wonderful teenage children all in high school and college and, if you ask any of them to this day, they have the best cat on the planet!

Be the first to comment on "Top Attorney – Jennifer M. Cassandra"