Selma, AL WW/Press/September 23, 2021 – James B. McNeill, Jr., Attorney with Hobbs & Hain, P.C. is recognized and distinguished in the Top Attorneys of North America 2021-2022 edition by The Who’s Who Directories. 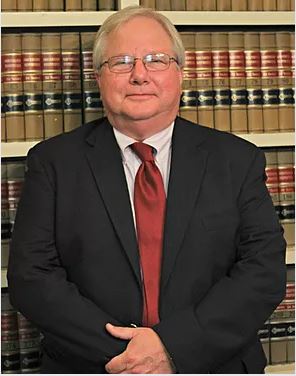 “I put my clients interest first.” – James B. McNeill

Hobbs & Hain, P.C. is located in Selma, Alabama, and was founded in 1992. The attorneys  specializes in multiple law practices including bankruptcy, criminal law, wills, employment law, social security disability, banking, civil litigation and real estate. At Hobbs & Hain they guarantee their time and committed to giving you the best legal advice.

James was born in Sylacauga, Alabama. He received his J.D. (Alabama School of Law), 1997 and B.A. in Political Science,1974 from the University of Alabama, Tuscaloosa, Alabama. Educational Honors and Societies: Order of the Coif, Member 1977 to Present, he is a member of the American Bar Association, Health Law Section, former Dallas County Bar Association, President 1995-99, Secretary 1979-81, Board Member, Dallas County Law Library, The Association of Trial Lawyers of America, member Employment Rights Section, the National Council of School Board Attorneys and Alabama Council of School Board Attorneys. James is also an Adjunct Professor at The University of Alabama.

Civic Organizations and Associations, James were a part of was a Former Campaign Chairman for The Selma/Dallas County Chapter of the American Heart Association, 1983, Past Board Member, Selma/Dallas County United Way, 1987-1992, Past Board Member of the Black Belt Chapter of the American Red Cross, 1996-1998 and Former Vice-President and Member of the Executive Committee from the University of Alabama National Alumni Association, 1994-1996.