New Haven, CT WW/Press/July 22, 2021 – John R. Williams, Attorney with John R. Williams and Associates, LLC  was selected for inclusion into the Top Attorneys of North America 2021-2022 edition by The Who’s Who Directories. 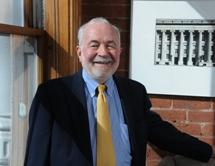 John R. Williams and Associates, LLC, is a well-known and controversial criminal defense law firm located in New Haven, Connecticut. The firm is dedicated to strong advocacy providing unrelenting representation in Criminal Law, Civil Rights And Employment Law Representation, they defend the rights of the accused, the politically active and the mistreated. Founding attorney John R. Williams set the tone for the practice. the firm continues to grow under his guidance and leadership. Your rights are his priority. At John R. Williams and Associates they are proud of having a reputation of providing exceptional quality legal services. They will work to help you retain your freedom and help you move forward in resolving your issue.

John Williams has been practicing law for 54 years. He is admitted to the Connecticut bar, 1968, the U.S. District Court District of Connecticut, 1968, the U.S. Court of Appeals 2nd Circuit, 1971 and the U.S. Supreme Court, 1973. His areas of practice are Criminal Defense, Federal Civil Rights, Employment Law and Legal Malpractice.

Mr. Williams started his legal career as a lobbyist for Aetna Life & Casualty in Hartford in 1967, following several years working in staff positions in the United States Senate. His introduction to litigation came when company lawyers were asked to donate time to pro bono publico activities of the Hartford County Bar. His first criminal client was Preston (“The Real Thing”) Holloway, a man sentenced to life in prison in the 1950s for “use of heroin” in the days before the Fourth Amendment prohibition on illegal searches and seizures was applied to the states. Obtaining his release from prison and a job in the Aetna cafeteria, Williams was quickly disillusioned with corporate liberalism when a Senior Vice President fired Holloway upon learning that thirty years earlier he had suffered from a venereal disease. Forced to return to a life on the streets, he was promptly arrested on other charges and returned to prison.

Leaving Aetna for more useful activity, Williams became chief criminal attorney in the Hill Neighborhood Law Office of the New Haven Legal Assistance Association in the summer of 1969. His first major case was as one of the defense attorneys in the murder prosecution of the local and national leadership of the Black Panther Party, the so-called New Haven Nine. After their acquittal in the summer of 1971, Williams joined Catherine Roraback and Michael Avery, two other Black Panther Party lawyers, in forming New Haven’s first public interest law firm. That firm continues today under the name John R. Williams and Associates, LLC.

In the civil arena, Mr. Williams cases have significantly expanded the rights of plaintiffs in such fields as the intentional infliction of emotional distress and vexatious litigation. His current litigation docket includes a number of suits on behalf of employees who have been subjected to harassment or discipline because of their exercising their right to free speech.

Mr. Williams has published numerous articles and won many high-profile cases. One of his most celebrated cases was the New Haven Wiretap Litigation class action in the federal court in Connecticut running from 1977 to 1984, in which he represented more than 1,000 people from all walks of life and strata of society who had been victimized by an unlawful wiretap operation conducted jointly by local police and FBI agents for more than a decade. This litigation resulted in a settlement of over $1 million, led to significant reforms in the area of personal privacy, and generated a voluminous history of illegal police surveillance of the Black Panther Party which is now archived at Yale’s Beineke Library.