Fayetteville, NY WW/Press/October 14, 2022 – Neil M. Gingold, Owner with Neil M. Gingold Attorney is recognized and distinguished in the Top Attorneys of North America 2022-2023 edition by The Who’s Who Directories. 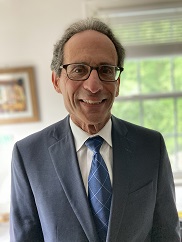 “I always show personal concern for my clients.” – Neil Gingold

Neil M. Gingold, Attorney, is a law firm located in Fayetteville, N.Y., representing hundreds of clients over the past many years, in the areas of environmental legal issues, and Business, Corporate and Real Estate Law.

Mr. Gingold comes from a family of law practitioners. He has focused his practice mainly in the area of environmental law, representing people in cases which include developers and governmental agencies looking to develop power plants and pollution cases. He has also handled CERCLA issues, Civil Litigation and permitting on legal matters.

He is the former In-House General Counsel for Envirosure Management Corporation, headquartered in Buffalo, New York, which was a professional environmental consulting firm that serviced commercial, industrial and government clients across the United States.

Mr. Gingold graduated and received his J.D. degree in 1970 from Syracuse University College of Law, and received  his B.A. in 1967 from the same university. He is a member of the New York State Bar Association (being a former member of its House of Delegates). He is also a member of the Onondaga County Bar Association, where he was a very active member for many years, rising to the position of its President in  2009.

He holds the coveted AV+ Pre-eminent rating by Martindale Hubbell, and he was conferred the honor as a Super Lawyer in the Environmental Law area in New York State.

Be the first to comment on "Top Attorney – Neil M. Gingold"