Birmingham, AL WW/Press/June 11, 2021 – Rodney F. Barganier, Attorney with Barganier Law Group, LLC was selected for inclusion into the Top Attorneys of North America 2021-2022 edition by The Who’s Who Directories. 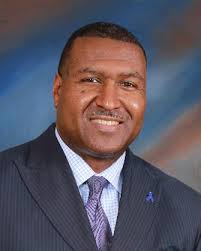 “Its A Great Joy In Getting Good Results For My Clients.”- Rodney F. Barganier

Mr. Barganier is presently an adjunct Professor with the Law School, where he taught Torts for over a decade. Barganier Law Group, LLC is a leading law firm located in the historic business district of Ensley Alabama. The firm specializes in the areas of products liability, work place injuries, road/highway design matters, injuries to children involving recreational/playground equipment and other cases involving personal injury and wrongful death. The attorneys have decades of combined experience practicing law. They are there to help clients and offer timely initial consultations for those seeking legal representation. Barganier Law Group has earned the reputation of being one of the top personal injury law firm, The foundation of the firm is built on the principles of having a solid reputation, showing respect, and getting results.

Rodney F. Barganier, founder of the Barganier Law Group specializes in the areas of products liability, work place injuries, road/highway design matters, injuries to children involving recreational/playground equipment and other cases involving personal injury and wrongful death. He also handle cases involving civil rights law such as police brutality/misconduct and prisoners rights. Mr. Barganier is licensed to practice in all the Courts of Alabama, and has represented clients in California, Georgia, Florida, Illinois, Mississippi, and Pennsylvania. He is also admitted to practice before the U.S. Supreme Court.

As your attorney, Mr. Barganier will fight on your behalf, delivering positive results. His greatest achievement is giving clients the compensation they deserve.

Mr. Barganier resides in Pleasant Grove, Alabama. He is married to LaShaunda Myricks Barganier. They have two daughters, Tyra and Taylar.