Brooklyn, NY WW/Press/May 27, 2021–Scott Rynecki Attorney with Rubenstein and Rynecki, was selected for inclusion as a President’s Circle Member into the the Top Attorneys of North America 2018-19 edition by The Who’s Who Directories. 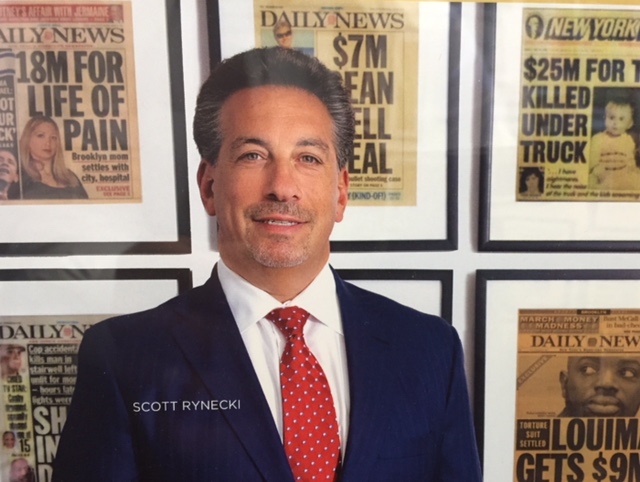 Scott Rynecki Attorney is a litigation partner in the firm of Rubenstein and Rynecki, which has been representing victims of personal injury since 1972. He has handled all types of matters both big and small including simple automobile cases, premises cases, assault cases, and matters involving the violation of a victim’s civil rights. He is known as a thorough litigator, having been involved in many cases against corporate giants such as Home Depot, General Motors, National Freight Carriers, and others. Referred to by the late Johnnie Cochran, Esq. as one of the Rising Stars of the legal profession, Scott’s secret to success has been his passion, caring and listening to his clients ‘ needs.

Attorney Scott Rynecki brings 25 years of experience to the table, and he is also admitted to practice in the state of New Jersey. Mr. Rynecki received his B.S. from Brooklyn College of the City University of New York and his J.D. from Brooklyn School of Law. He is a member of the New York State Trial Lawyers Association, Brooklyn Bar Association, Million Dollar Advocates Forum, and Multi-Million Dollar Advocates Forum.

Referred to by the late Johnnie Cochran, Esq. as one of the rising stars of the legal profession, Mr. Rynecki is known as a tenacious negotiator and is well respected by both fellow members of the Bar and the judges who he has appeared in front of. Mr. Rynecki has served as a lecturer on various topics for the New York State Bar Association. He was recently honored with the Lawyer of Distinction Award. As a member of the New York State Trial Lawyers Association and the Brooklyn Bar Assocation, Mr. Rynecki takes an active role in the ongoing fight for justice for those injured through the negligence of others as well as those individuals whose Civil Rights have been violated. Mr. Rynecki is also admitted as an attorney in the State of New Jersey and has handled all types of cases in New Jersey.