Hauppauge, NY WW/Press/April 1, 2021 – Joseph F. Sensale, Esq,, Partner with The Chase Sensale Law Group, L.L.P. is recognized and distinguished in the Top Attorneys of North America 2021-2022 edition by The Who’s Who Directories. 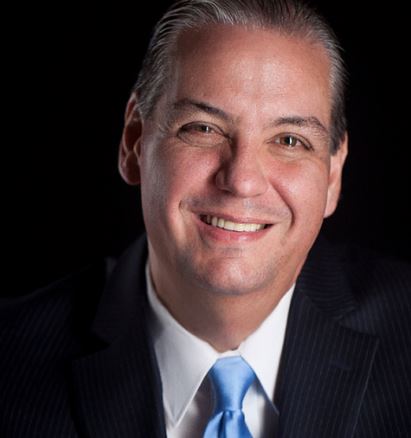 The Chase Sensale Law Group, L.L.P. is located in Hauppauge and Uniondale with other offices conveniently located throughout the greater New York metropolitan area, and, the Capitol District. Attorneys Dennis R. Chase and Joseph F. Sensale are dedicated to serving the needs of the injured and disabled. They practice in the areas of workers’ compensation, social security disability, retirement disability benefits, construction accidents, 9/11 Victim’s Compensation Fund claims, trusts & estates, and employer services. The team of experienced professionals is always there for you and will address all of your legal matters. At Chase Sensale every client is treated with the dignity and respect each deserve.

Joe is an active member of the St. John’s University School of Law Alumni Association. Joe has also conducted continuing legal education seminars at St. John’s University School of Law in the field of workers’ compensation. Joe is also an active member of the Columbian Lawyers Association of Kings County. Joe also continues to be published in industry newsletters and The Suffolk Lawyer. Joe previously served as the co-chair of the Workers’ Compensation and Social Security Disability committee at the Suffolk County Bar Association. Joe is also a member of the Board of Directors of the Injured Workers’ Bar Association (IWBA), which monitors and advocates law on behalf of injured workers throughout New York State; at the IWBA, Joe has conducted continuing legal education seminars in the field of workers’ compensation before members of the legal community throughout New York State.  Joe continues speaking engagements with various organization to advise members of recent changes to the law, including, most recently, the impact of the current COVID-19 pandemic.

Joe was also selected by the Nassau County District Attorney’s Office to participate in a panel discussion “Juries and Jury Selection.” Joe continues to serve as a presiding judge at the Empire Mock Trial competitions held in New York City and San Francisco, California, as well as the mock Alternative Dispute Resolution competitions held at St. John’s University School of Law. Joe previously served as Treasurer of the New York Workers’ Compensation Alliance (WCA), the political action committee dedicated to advancing beneficial legislation on behalf of injured workers throughout New York State by lobbying their interests in Albany; Joe continues to serve as a member of the Board of Directors of the WCA.

In the Roman Catholic Dioceses of Brooklyn/Queens and Rockville Centre, Joe served not only as Lector, Eucharistic Minister, and, member of the St. Mary Gate of Heaven Parish Finance Committee, but also, was designated Spiritual Director for the parish 2015 retreat program. In addition to being an accomplished musician and lyricist, Joe continues efforts to rescue stray and abandoned animals.

Joe received Honorable Mention in two of the mock trial competitions in which he participated at St. John’s School of Law, finishing among the top sixteen participants in a field of over sixty both times. Joe received the CALI Excellence for the Future Award for his work in the Civil Practice Seminar offered by St. John’s School of Law. Joe served as corporation counsel contract administrator at Standard & Poor’s, Inc., and as manager of its Disclosure Information Service. Joe also served as a panelist before several governmental agencies, including the Securities and Exchange Commission.  Joe was selected to the list of “Top 100 attorneys in America” for 2019, and, was selected to be interviewed by television icon Doug Llewellyn with respect to his work in the field of workers’ compensation.

Originally hailing from Ozone Park, Queens, Joe, with his wife of 18 years, April, a Registered Nurse, and family, currently reside on Long Island.

Be the first to comment on "Top Attorney – Joseph F. Sensale"