Jackson, MS WW/Press/August 1, 2022 – Chuck McRae, Attorney with the McRae Law Firm is recognized and distinguished in the Top Attorneys of North America 2022-2023 edition by The Who’s Who Directories. 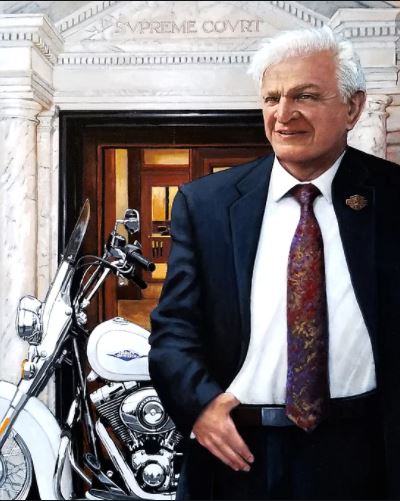 Chuck McRae came from humble beginnings in Pascagoula MS and was orphaned at 15 when his mother and father died within three years of each other. He worked his way through college, living in the attic of his fraternity house and enjoying the kindness of girlfriends who smuggled him food from the cafeteria.

An unconventional jurist, McRae, from his earliest days on the bench, wrote decisions that nudged the state towards the gentler tort law that favored the working people he knew so well. His rulings helped overturn some of the corporations’ favorite defenses against lawsuits, and he advocated for the liberal application of the state’s workers’ compensation laws.

​McRae riled the local business community by writing a decision that changed court rules to allow mass tort lawsuits in Mississippi, thereby continuing the flood of prescription litigation that was flowing into the state. He had earned the ire of big business interests, especially that of the tobacco corporations, and their hostility increased exponentially with every decision. The tobacco corporations were particularly incensed when the Mississippi Supreme Court invalidated part of a tort reform law designed to protect the tobacco industry from smokers’ lawsuits passed in the early 1990s. McRae was identified as the chamber’s guiding spirit and he became corporate enemy number one.

​An unconventional man and flamboyant dresser who could walk into court wearing gold chains and a leather jacket bearing the legend Never Legal, McRae also had an unfortunate knack for picking up the occasional speeding ticket on his beloved Harley-Davidson. Always physically active, in 2017 he had a brush with death at the age of 76 while scuba diving.

Despite all the publicity around his lifestyle, McRae was as sharp as a tack and the skills of persuasion that had served him so well before juries now also worked with his less liberal colleagues on the bench. To the annoyance of corporate defendants, he could convince the court’s more conservative members to share his point of view and agree on liberal decisions.

In 2003, McRae received Mississippi’s Magnolia Bar Foundation award. The presenter summed up his legacy when she cited “his number of years on the bench speaking for people who would not otherwise have had a voice.”  He has also been featured on the cover of Forbes Magazine posing in Harley leathers in the same year.

Be the first to comment on "Top Attorney – Chuck McRae"