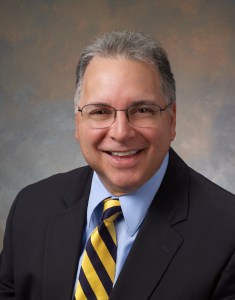 Strong Negotiator And Good Rapport With My Clients

Franklin, Gringer & Cohen P.C. is a firm serving Garden City, NY in labor and employment, representing management, corporate, commercial litigation, real estate, matrimonial law and personal injury. The attorneys have over sixty years of combined experience representing clients. Managing partner Glenn J. Franklin believes the key to the firm’s success has been networking. At Franklin, Gringer & Cohen P.C. they take pride in having a track record in  resolving client legal matters and are proud to have an “AV” rating and revenue upwards of 2 million a year.

Glenn J. Franklin is the managing partner and co founder of Franklin, Gringer & Cohen, P.C. since 1992. Glenn is admitted to practice before the United States District Courts for the Eastern and Southern Districts of New York and the Second, Third, Fifth and Ninth Circuits of the United States Court of Appeals. He has been representing employers in their labor and employment law matters for his entire professional career.

Glenn has handled numerous cases with governmental agencies, including the United States and New York State Departments of Labor, concerning overtime and other wage disputes, as well as with OSHA regarding safety issues.

His clients are in many varied industries, including cable television, manufacturing, financial services, health care, food service, construction and automobile dealerships. Glenn has had extensive experience in collective bargaining, having successfully negotiated hundreds of contracts on behalf of management with various unions throughout the country.

As the managing partner of Franklin, Gringer & Cohen, P.C., Glenn’s philosophy has been to develop strategies for avoiding litigation and exceeding the client’s expectations when litigation is unavoidable.

The secrets to Glenn’s success as a negotiator are his perseverance, his communication skills, and the credibility that he has established with his counterparts across the negotiating table. He is a big believer in the adage it’s better to give than receive when he meets someone new he tries to find out about them and really listen to what the issues are the resulting rapport builds the trust factor that has enabled him to bring in new clients and even to grow during difficult times. More importantly he treats treat people the way he wants to be treated.

Glenn was voted a “Top Rated Lawyer” in the July 2018 editions of The American Lawyer, Corporate Counsel, and The National Law Journal. He also holds the coveted “AV” rating by Martindale-Hubbell.

Be the first to comment on "Top Attorney – Glenn J. Franklin"