Frisco, CO WW/Press/March 29, 2021 – Ronald W. Carlson, Principal and Co-founder with Carlson, Edwards, and O’Connor, P.C. was selected into the Top Attorneys of North America 2021-2022 edition by The Who’s Who Directories. 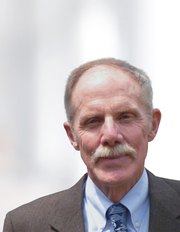 “I treat my clients cases as if it is the most important in the world.” – Ronald William Carlson

Carlson, Edwards, and O’Connor, P.C. located in Frisco, CO with offices in Edwards, Colorado. The firm have been serving the high country since 1993. They have formed a highly qualified team of legal professionals with a wide range of specialties across the firm. They represent clients in civil, criminal, and family matters throughout Colorado’s fifth judicial district, which includes Summit, Eagle, Clear Creek, and Lake Counties. Whether you need a divorce lawyer, real estate attorney, or a zealous advocate for your rights in a criminal proceeding, they can help. the attorneys apply a cross-discipline approach to help you get the best result, encompassing many different areas of law. At Carlson, Edwards, and O’Connor they are proud to help their clients with their legal needs and advocate zealously for them.

Mr. Carlson then joined the private practice of a major Health Care Planning and Medical Malpractice firm in Detroit, Michigan Fremet, Bellary & Gilchrist and later returned to Ann Arbor as a member of a malpractice and personal injury firm, Bishop & Shelton.

In 1989, Mr. Carlson joined the Denver, Colorado medical malpractice and personal injury firm of Kripke, Epstein & Lawrence. It was his privilege to try cases under the tutelage of Norm Kripke, one of the co-founders of the Colorado Trial Lawyers Association and recognized by the Colorado Bar Association as One of Colorado’s Greatest lawyers, and with the late Scott Lawrence who served as a distinguished District Court Judge for Colorado’s 14th District of Arapahoe and Douglas Counties.

He has served on various boards and community organizations. He is a former Planning Commission member and former Prosecutor for the Town of Frisco, as well as current Prosecutor for the City of Leadville. He currently serves as the part-time Frisco Municipal Court Judge and on the Board of the Continental Divide Land Trust.

Mr. Carlson is the author of a number of publications and articles including Rule 16 and New Duties of Colorado Election Law in the Colorado Lawyer and co-author of Motions Before Trial in Michigan.

Mr. Carlson was married to the firm’s co-founder Judith Carlson for 40 years until her passing in 2017. He is an avid skier and snowboarder, enjoys hiking, camping, golf, and fly-fishing.

Be the first to comment on "Top Attorney – Ron Carlson"