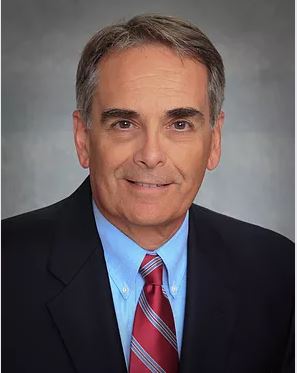 “My secret to success has been my ability to see both sides of every issue and work towards a solution.” – David T. Gay

For over 75 years, Gay & Gay P.C. located in Taunton, MA has been dedicated to meeting the legal needs of individuals and businesses throughout Bristol and Plymouth counties in legal matters involving personal injury, business, real estate, divorce, criminal, administrative, municipal law, and land use planning. With a distinguished pool of legal talent, Gay & Gay, P.C. provides unsurpassed high-quality legal services, working tirelessly creating strategies to respond to all your legal goals. As an established firm, they are proud of their reputation for excellence in achieving success for their clients.

David T. Gay, Esquire, is the managing partner in the firm. He has practiced law for over 50 years specializing in municipal law, school law and administrative law including arbitration cases involving construction of public buildings and grievances of public employees. He has appeared before the U.S. District Court, First Circuit; Massachusetts Supreme Judicial Court, Massachusetts Appeals Court, the Military Court System and the Commonwealth’s Superior, District, Probate and Land Courts together with numerous administrative bodies.

He has represented and continues to represent a number of cities and towns within the Commonwealth of Massachusetts serving as Town Counsel or Special Town Council/City Solicitor. He also served as General Legal Counsel to the Roman Catholic Bishop of Fall River, a corporation sole for eight (8) years and continuing as Special Counsel. He is now the City Solicitor for the City of Taunton—a position he previously held from 1976-1983.

Mr. Gay received the Massachusetts Bar Association distinguished attorney award and in September of 2011 was awarded the St. Thomas More medal by the Diocese of Fall River. In the fall of 2014 he was recognized by Boys Scouts of America with the Good Scout Award for his dedicated service to the children in the community of Greater Taunton, Massachusetts. He has also been recognized by the Massachusetts Supreme Judicial Court Board of Bar Overseers for his work as a member of the Board of Bar Overseers Hearing Committee for the Commonwealth of Massachusetts for the promotion and management of highest standards of ethical conduct within the legal profession.

In addition to his practice of law Mr. Gay spends as much as possible with his six (6) grandchildren. He and his wife, Patricia, have enjoyed quality time in Florida each year for the past 20 years. They recently celebrated their 50th wedding anniversary with a trip to Italy. Their two sons, both graduates of Boston College, reside in the Greater Taunton area.

Be the first to comment on "Top Attorney – David T. Gay"