Springfield, MO WW/Press/November 17, 2020 – Tom Norrid, Founding Attorney with The Law Offices of Tom Norrid was selected into the Top Attorneys of North America 2020-2021 edition by The Who’s Who Directories. 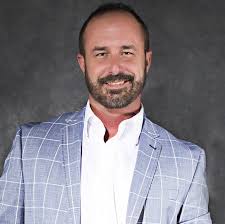 The Law Offices of Tom Norrid represents clients in Springfield, MO and the surrounding areas in legal matters including criminal, traffic, family law, and personal injury. They also specialize in timeshare liquidation. Attorney Tom Norrid has the knowledge, wits and skills needed to bring you peace of mind during your difficult time. The staff at Law Offices of Tom Norrid are determined to help you with your case and will work relentlessly to get you the results you desire.

Tom Norrid, founder of the firm has 20 years of experience in the Missouri court of law (Southern District of Missouri Appellate Court). He specializes in timeshare liquidation, family law, criminal law, and personal injury. If you are facing criminal charges or going through a family issue such as a divorce, child custody or visitation or if you need a timeshare termination. Attorney Tom Norrid is more than qualified to represent you and your loved ones. He will listen to your case, walk you through the details of your case and lay out the best possible options. Tom has had numerous multi-million dollar verdicts.

Prior to starting his own law firm, Tom was a successful trial lawyer from 1999 – 2003. Specializing in personal injury, wrongful death, and business trial litigation cases. He also started Norrid and Robertson in 2003, before becoming a solo practitioner.