Fayetteville, AR WW/Press/May 7, 2021 – Raymond C. Smith, Attorney with Raymond C. Smith, P.A. was selected as a President’s Circle Member into the Top Attorneys of North America 2021-2022 edition by The Who’s Who Directories. 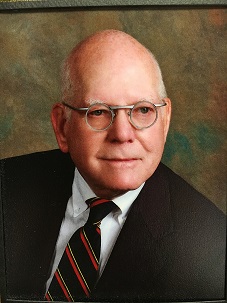 He was born at Paris, Arkansas, has been married to Mary (Marilyn) Elaine Banker Smith, for almost 68 years, and they together have three children, six grandchildren, and soon six great grandchildren.

He entered School of Law, University of Arkansas at Fayetteville in July 77;  completed law school in December 1979 and passed the Arkansas Bar examination in Match 1980. He founded this firm with a strong tradition of service to his community and country. He believes that his clients deserve the highest-quality representation and he has established this throughout his firm. Mr. Smith is admitted to practice in the Arkansas Bar, Federal Districts Courts of Arkansas, Eight Circuit Court of Appeals, and U. S. Supreme Court. Mr. Smith received his Bachelor’s degree (University of Arkansas) and Juris Doctor (J.D.) from the University of Arkansas School of Law, 1980.

He is a member of the Arkansas Bar Association; has served as Small Claims Court Referee for the City of Fayetteville; and as judge for law students at the Law School.  He has been active in Trout Unlimited, a conservation organization, having served in various chapter levels, regional levels and national levels including the Board of Trustees. He is a member of Lions Club International, having served as president of the Evening Lions Club in Fayetteville and the recipient of Melvin Jones Fellowship Award.  A lifetime member in the Veterans of Foreign Wars,  past membership in Toastmasters International,  a lifetime fly fisherman and golfer, and one of the organizers of several local non-profit organizations.