Dallas, TX WW/Press/November 19, 2020 – Jon Kettles, Attorney with The Kettles Law Firm was selected into the Top Attorneys of North America 2020-2021 edition by The Who’s Who Directories. 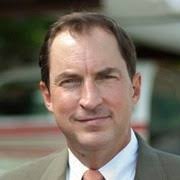 The Kettles Law Firm located in Dallas, Texas represent people who have been injured or have lost family members in aircraft accidents. The firm practices in the areas of airline accidents, helicopter accidents, general aviation, offshore accidents and military accidents. The Kettles Law Firm know that aviation accidents can have a long-lasting impact on your life — both physically and emotionally. Aviation attorney Jon Kettles understand the importance of finding all the technical details surrounding your accident, he will utilize high-tech solutions such as animation software, video and graphics. At The Kettles Law Firm, they vow to work hard on your behalf so you can concentrate on the recovery process. They will ensure that your legal rights are being upheld and that you receive the compensation you deserve.

Jon Kettles a highly experienced and knowledgeable airplane accident litigation attorney has been practicing law for 25 years. He has spent his entire professional life making contributions to both the aviation and aviation law industries. Mr. Kettles has worked with champions of aviation law and was exposed to a number of landmark aviation cases and has greatly influenced how he handles each of his own cases. Jon Kettles knows that Aviation law is an especially complex and technical area of personal injury law. He prepare cases: by applying big case techniques to every case in order to give every client the advocacy they deserve.

Jon Kettles received his J.D. from Southern Methodist University School of Law, which publishes the oldest law journal dedicated to aviation law. He also holds a Master’s of Science in Business Administration from Boston University. He has worked with some of the legends of aviation law such as Windle Turley and John Howie.

Mr. Kettles holds a bachelor’s degree in aerospace engineering and also has relevant hands-on experience in the field of aviation. He has also worked on accident investigation and aircraft safety improvement programs as part of the Engineering Division of the U.S. Army Safety Center. As a former Army Captain, his flight experience ranges from low-level helicopter operations in Korea to fixed-wing reconnaissance in Europe and Iraq as well as trans- Atlantic aircraft delivery flights. He is an Airplane and helicopter pilot and instructor (with the FAA’s highest designation) and is an Adjunct Associate Professor, Aviation Law, Embry-Riddle Aeronautical University.

Be the first to comment on "Top Attorney – Jon Kettles"