Trussville, AL WW/Press/October 16, 2020 – Tommy A. French, Attorney with Tommy Allen French, Attorney at Law, LLC was selected for inclusion into the Top Attorneys of North America 2020-2021 edition by The Who’s Who Directories. 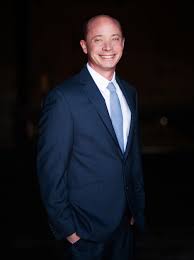 Tommy Allen French, Attorney at Law, LLC represents clients in the Trussville and Birmingham areas in legal matters including, bankruptcy, family law, criminal defense and real estate. Founder of the firm, Tommy A. French has two decades of experience helping clients find a fresh new start. He believes his clients deserve an attorney who is competent, compassionate and confident. Mr. French will discuss your case and aggressively defend and protect your rights. He is ready to fight for you and resolve your legal matter.

Tommy A. French has been practicing law for over 20 years. He is licensed to practice in all courts throughout the State of Alabama. Mr. French founded this firm with a strong tradition of service to his community. His primary focus is in the areas of bankruptcy and real estate law. Over the years, he has had the opportunity to connect with clients from all walks of life without thought to money, status, color or religion. He will walk you through your legal rights to ensure that you are fully protected. Having experience in conducting jury trials, Mr. French uses a personalized approach towards his clients. He believe his clients deserve the highest-quality representation and he has established this throughout his firm.

Before starting his own law practice, Mr. French began working in his Dad’s law office in high school. During law school, he was law clerk for the late Judge Richard Dorrough in Montgomery, Alabama where he presided over pendente lite hearings as special master. His training instilled in him the importance of preparation and being confident in all aspects of a case.

He opened the law firm, Richardson & French in 2004, where he acted as city attorney in Fort Deposit, Alabama.  In 2007, He moved to Trussville, Alabama and  began his daily commute to his hometown in Fort Payne, Alabama to practice law alongside his Dad, Robert B. French, Jr. After more than 8 years commuting to practice law alongside his Dad, he thought it was the perfect time to begin his solo practice closer to home. Mr. French attributes his success to his parents.

Mr. French received the outstanding “Expertise” award by Best Lawyer for legal excellence as one of The Best Bankruptcy Lawyers in Birmingham, Alabama for the year 2020. He is also recognized as the “Clients Choice” by Avvo.

Be the first to comment on "Top Attorney – Tommy A. French"