Marietta, GA WW/Press/October 14, 2022 – Stephen C. Steele, Partner with Moore Ingram Johnson & Steele, LLP is recognized and distinguished in the Top Attorneys of North America 2022-2023 edition by The Who’s Who Directories.

“I am detail oriented and passionate about advocacy.” – Stephen C. Steele 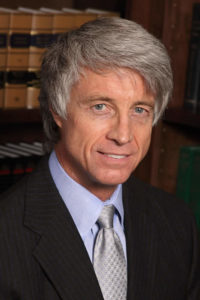 Moore Ingram Johnson & Steele, LLP is a firm serving clients in Marietta, GA with offices in Tennessee, Florida, Kentucky and Pennsylvania. The attorneys have vast experience defending people in virtually all aspects of Captive Insurance Company Formation and Management; Civil Litigation; Commercial Litigation; Commercial Real Estate, Zoning and Land Use; Corporate Law; Estate Planning; Family Law; Insurance Defense; Intellectual Property; Mergers & Acquisitions; [Intellectual Property includes patent law]; Taxation; and Workers’ Compensation. The firm was founded in 1984 and bases it philosophy in providing quality legal representation, addressing the law and approaching each case with specialized attention. They believe that their clients deserve no less and are dedicated to finding the best solution for your case.

Stephen C. Steele is a partner at the Marietta, Georgia, law offices of Moore Ingram Johnson & Steele. A member of the firm since 1987, He is the senior partner in the firm’s Family Law Department. He has served as lead trial counsel in numerous and varied matters. Steve has tried a number of complicated and emotionally charged divorce and domestic relations trials involving business valuations, tax issues, child custody and visitation, alimony, and child support. He is also experienced in franchise litigation, construction litigation, complex and lengthy violent crime, and white collar crime. At present, most of Steve’s work involves divorce, modification, property division, support, and custody issues.

Steve was admitted to the State Bar of Georgia in 1978 and spent the first nine years of his legal career working as an assistant solicitor and assistant district attorney in Cobb County from 1978 through 1980, then as Assistant District Attorney in the Cobb Judicial Circuit from 1986 until 1987. Steve taught in the Paralegal Civil Litigation program at Kennesaw State University for 25 years.

Steve served as President of the Charles Longstreet Weltner Family Law Inn of Court from 2010 until 2012. He has been named as a Super Lawyer by Atlanta Magazine from 2007 through the present. an AV Preeminent* peer review rating through Martindale-Hubbell and recognition as one of Georgia’s “Legal Elite” by Georgia Trend Magazine in 2010. He was named to Georgia’s Legal Elite by Georgia Trend Magazine in 2010 and 2019 respectively. Steve is included among the Best Lawyers in America since 2014. He serves on the National Advisory Board of The National Association of Family Law Attorneys.

In 2018, the Family Law Section of the State Bar of Georgia awarded Steve the Joseph Tuggle Award for Professionalism in the practice of Family Law. More recently, he was selected for the 2021 Edition of The Best Lawyers in America® for Family Law.

Steve and his wife Nancy now reside in the Talley-Turner-Steele home in historic Marietta. Nancy is a Master Gardener. Steve and Nancy have two sons, Matthew and John Paul. Both are graduates of the University of Georgia. Matthew graduated from the Medical College of Georgia, thereafter completing his residence in Urology at The University of Virginia. He now practices in Athens, Georgia where he lives with his wife, Ashley, and Steve’s grandsons, Ches, Wilder, and Grady.  John Paul has launched his career in acting, video and film production in the Atlanta area. In addition to his family, Steve’s outside interests include attending Georgia Tech football games and playing keyboards in a progressive rock band.

Be the first to comment on "Top Attorney – Stephen C. Steele"