Corona, CA WW/Press/September 2, 2020 – Joseph E. Richards, Attorney with The Law Office of Joseph Richards, P.C. was selected for inclusion into the Top Attorneys of North America 2020-2021 edition by The Who’s Who Directories. 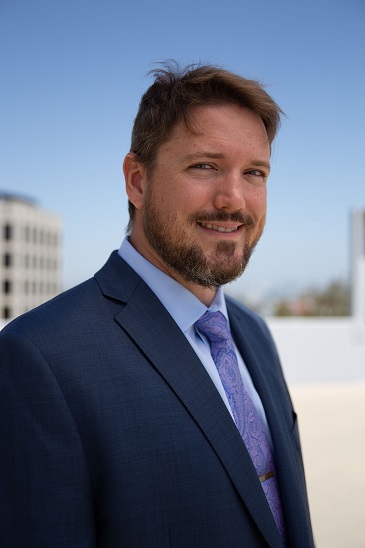 “The key to my success is persistence.” – Joseph E. Richards

Law Office of Joseph Richards, P.C. is a firm comprised of dedicated attorneys that serve and advocate for the compensation and wage & hour rights of workers across Los Angeles and Orange counties and the Inland Empire. Led by Joseph Richards and his legal team, through their knowledge and skills they assist individuals who need help in obtaining the medical treatment they need after suffering a work-related injury. They recognize how important it is for their clients to preserve the relationship they have with their employer. Because of that, the firm’s approach in dealing with clients and employers is fair but firm.  At the Law Office of Joseph Richards, P.C., they will work hard to get workers’ compensation deserved and the peace of mind to continue with daily life.

Joseph E. Richards, founder of the firm, has been practicing law since 2011. He is admitted to practice law in the state of California. Attorney Richards is a Certified Legal Specialist in Workers’ Compensation Law by the State Bar of California, California Board of Legal Specialization. Since starting his own practice in 2014, Mr. Richards focuses almost exclusively (approximately 90%) on representing Applicants in Workers’ Compensation claims, from the filing of the Applications for Adjudication to resolution. The other 10% is split between labor & employment law, wages & hours, personal injury tort law, and disability law.

As an Applicant’s Attorney and later a defense attorney, Mr. Richards has appeared before just about every Workers’ Compensation Appeals Board of Southern California on matters such as liens, AOE/COE, priority conferences, threshold issues, expedited trials on issues of medical treatment and temporary disability, mandatory settlement conferences, and trials of cases-in-chief.

Mr. Richards received his J.D. with Business Law Concentration from Whittier Law, Orange County, California, 2011 and B.A. in Economics & French from Lake Forest College, Illinois, 2004. He is a member of the California Applicants’ Attorneys Association, Orange County Bar Association Workers’ Compensation Section and a member of the California Lawyers Association Workers’ Compensation Section. He is also a member of the Million Dollar Advocates Forum, membership in which is limited to Trial Lawyers who have demonstrated exceptional skill, experience and excellence in Advocacy by achieving a trial verdict, award or settlement in the amount of One Million Dollars or more.

Mr. Richards was honored as a Hagman Scholar by Whittier Law in 2009 and Presidential Scholar by Lake Forest College in 2001-2004.

Be the first to comment on "Top Attorney – Joseph E. Richards"