Aurora, IL WW/Press/September 10, 2020 – Jorie K. Johnson Attorney at Law The Law Office of Jorie K. Johnson, LLC was selected for inclusion into the Top Attorneys of North America 2020-2021 edition by The Who’s Who Directories. 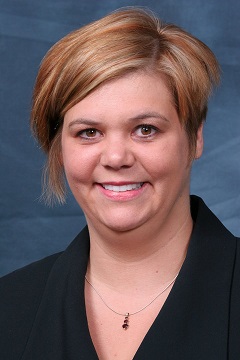 The Law Office of Jorie K. Johnson, LLC is dedicated to serving clients in multiple counties within Illinois, including but not limited to Cook, DuPage, Lake, Will, Kane, Kendall, Winnebago, Ogle, Lee, Grundy, LaSalle with offices in Aurora, Lisle and Chicago. Attorney Johnson, the firm’s founder and single-member manager, practices restorative justice law (otherwise known as criminal records law), general criminal defense and also does post-conviction work. She understands that when a client is facing criminal charges, a human being’s future is on the line and as such, Attorney Johnson empathetically and analytically listens to her clients to help them build a strong criminal defense, whether it be through vigorous in-court representation or a written clemency petition or strategic packet in mitigation. From the start of each case until its resolution, Attorney Johnson stands by each of her clients and strives to ensure his or her rights are upheld or, in some cases, restored.

Attorney Johnson launched her law firm in 2010, after graduating from The John Marshall Law School (Chicago) in 2008.  She is currently admitted to practice law within the State of Illinois and the United States District Court for both the Northern and Southern Districts of Illinois. Over the course of her career, Attorney Johnson has represented clients on cases involving active, pending charges ranging from petty traffic offenses to criminal misdemeanors to serious felonies, both violent and non-violent, including categories such as murder, sex offenses, drug offenses, theft and retail theft, battery and domestic battery; she has filed hundreds of petitions for expungement, sealing and executive clemency (i.e., pardons) (including commutations of sentence petitions), and has petitioned numerous courts for certificates of relief from disabilities and good conduct. Attorney Johnson has also successfully represented individuals before the Illinois Prisoner Review Board at parole revocation hearings. Attorney Johnson has been quite successful in obtaining executive clemency with authorization to expunge (some including restoration of firearm ownership privileges) client cases from a total of four (4) different Illinois governors; to date, Attorney Johnson has successfully helped ten (10) different clients obtain pardons from past and present Illinois governors. With regard to her post-conviction clients, Attorney Johnson understands that people do make mistakes throughout their lives and she firmly believes that none of us should be judged solely on a moment or two of bad judgment. Finally, Attorney Johnson assists individuals in obtaining or reinstating either their FOID card and/or their concealed carry permit within Illinois.

Attorney Johnson graduated from the elite Phillips Exeter Academy in Exeter, New Hampshire in 1992. While working full time as a paralegal/contracts manager, she graduated from Northwestern University in 2002 with a Bachelor of Science, majoring in psychology and minoring in business.  Attorney Johnson then continued on with her education to earn a Juris Doctor from The John Marshall Law School in 2008.

Attorney Johnson is a member of numerous professional associations, including the American Bar Association, the Illinois State Bar Association, DuPage County Bar Association and the Women’s Criminal Defense Bar Association. Attorney Johnson has volunteered considerable time with both Cabrini Green Legal Aid and First Defense Legal Aid (she was also a part-time staff attorney for approximately one (1) year for the latter organization), where she provided pro bono legal representation to clients both pre and post-conviction. Additionally, Attorney Johnson endeavors to volunteer each year at the annual Cook County Clerk of Court’s Second Chance Summit, where she and other pro bono attorneys assist individuals from all walks of life in preparing and filing petitions to expunge and/or seal through the State of Illinois.

Be the first to comment on "Top Attorney – Jorie K. Johnson"