Palm Harbor, FL WW/Press/November 15, 2021 – Robert D. Eckard, Managing Partner with The Law Office of Robert D. Eckard & Associates, P.A. is recognized and distinguished in the Top Attorneys of North America 2021-2022 edition by The Who’s Who Directories. 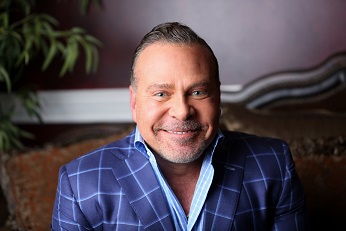 The Law Office of Robert D. Eckard & Associates represents clients in the Tampa Bay area and throughout Florida in both State and Federal courts. The law firm helps individuals and businesses facing administrative, civil or criminal legal matters. As a defense-oriented firm, they welcome the opportunity to become your legal advisor. Attorney Robert D. Eckard is committed to giving you the personal attention your case deserves. He will be a zealous advocate on your behalf, developing a strategy as quickly and efficiently as possible. The Law Office of Robert D. Eckard is committed to exceeding their clients needs and expectations and they strive for excellence and integrity towards every client they represent.

Robert Eckard is the founding partner of the litigation firm. Rob established the firm in 2000 after leaving the State Attorney’s Office, 6th Judicial Circuit, where he prosecuted both felony and misdemeanor criminal cases and is Board Certified in Business Litigation by the Florida Bar (less than 300 lawyers in the State of Florida are Board Certified in Business Litigation). He was admitted to the Florida Bar in 1999, is admitted to practice in Washington, D.C. and before the United States District Courts for the Middle, Northern and Southern Districts of Florida, the 11th Circuit Court of Appeals, the Florida Supreme Court, the United States Court of International Trade, the United States Supreme Court, and the United States Tax Court. His areas of practice are both  business litigation and criminal defense. He has tried over 40 jury trials and over 100 bench trials. From 2000-2005 Mr. Eckard handled employment litigation cases.

In the area of criminal defense, Rob has represented individuals, both targets and witnesses, in state and federal courts in Florida and around the country. His representation has included cases involving, grand jury proceedings, drug related charges, Trading with the Enemy Act, bribery, conspiracy, health care fraud, securities fraud, embezzlement, visa fraud and other white collar crimes and parallel proceedings.

A native of New York, Rob has been living in Florida for over 30 years. He is a 1998 graduate of Stetson University College of Law (honors). He also holds an LL.M. degree in International Law and Business from Stetson University College of Law. Rob was a former member of the US/Cuba Legal Forum, a not for profit organization designed to foster ties with Cuban Lawyers in Cuba and to normalize trade relations between the United States and Cuba and to explore legal issues affecting U.S. entities doing or wishing to do business there. Rob has represented people from over 15 different countries. He has also represented various entities against the United States Treasury Department, Office Foreign Asset Controls, in regards to travel to Cuba, pursuant to 31 CFR 515. Rob has served on the Board of Directors for the Palm Harbor Chamber of Commerce and is a member of the American Bar Association, the Clearwater Bar Association, the Hillsborough Bar Association and is a Master Barrister for the Barney Masterson Inns of Court.

Rob has written several articles including “Doing Business in Cuba, Now and Post-Embargo,” “Protecting and Enforcing Intellectual Property Rights in Developing Countries with a Special Comparative Study on Cuban Intellectual Property Laws,” and “Do Not Pass go: Travel to Cuba and Go To Jail.”  Rob has represented people from over 15 different countries. He is a regular instructor at Stetson University College of Law. Rob has also been admitted to practice law pro hac vice in the State of California, the Eastern District of New York Federal Court, New York State Supreme Court (Manhattan Division), Eastern District of Pennsylvania Federal Court (Philadelphia), the Western District of Kentucky (Louisville) and the District of Massachusetts (Boston Division).

From 2017-2020, Rob was selected as a Super Lawyer for excellence in practice. Only 5 percent of the attorneys in Florida are selected to Super Lawyers.

Be the first to comment on "Top Attorney – Robert D. Eckard"