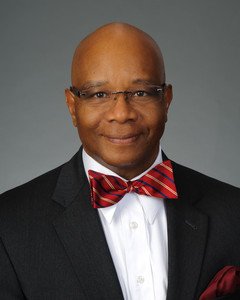 “The key to my success is that I care about about my clients and have a passion and drive for excellence.” – Anthony Overton Van Johnson

Anthony Overton Van Johnson & Associates, P.C., represent client in Atlanta and throughout the state of Georgia in legal matters involving personal injury, family law, general civil litigation. The litigation firm is dedicated to providing aggressive, quality legal services. Whether you or your loved one has been injured as a result of the negligence of another, or you are involved in a complex family issue the legal team will assist, and discuss your legal matter. At Anthony Overton Van Johnson & Associates they will work hard on your behalf, striving to reach the best outcome for their clients.

Anthony was born at Fort Benning Army Base (home of the 75th Ranger Battalion, Ranger School, Airborne and Infantry School). He was the son of a U.S. Army Airborne Infantry Senior Aviator and Flight Instructor (helicopter and fixed wing aircraft), a highly decorated combat veteran who was buried in Arlington National Cemetery with full honors in 2005 (Lt. Col.).

Anthony became inspired to play the drums at age 7 in Paris, France, and began playing the drums in jazz clubs at the age of 14.

At 17, Anthony entered the U.S. Army and became an Infantry Squad Leader. Prior to being promoted to the rank of Sergeant (SGT), Anthony bore the nickname of “The Singing Corporal” as a result of his superlative cadence calling abilities while he led his company on their physical training (PT) runs. While in the Army, Anthony graduated from Combat Leaders School where the moto was “Hard But Fair”. His platoon received first place at the French Commando Encampment. He was also awarded the coveted Expert Infantryman’s Badge (EIB), and became a member of the U.S. Army Mounted Color Guard & Drill Team.

After leaving the Army, Anthony was a professional musician in Europe and San Francisco and performed with recording acts, performed two seasons with a theatre musical, performed with a Big Band, as well as, various other musical performing acts in many genres of music. In addition, Anthony was a martial arts competitor and instructor, having trained in multiple styles across different states, as well as, Europe.

He then received the NAVSHIPS 108 certification upon entering the nuclear industry, first as a Radiological Control Monitor (RADCON), and then he worked at several nuclear facilities around the United States as a Senior Health Physics Technician.

Anthony attended Loyola University School of Law where he received his Doctor of Jurisprudence (J.D.), and was selected for MOOT COURT.

Anthony was awarded Certificado in Havana, Cuba as part of a select delegation of Attorneys who traveled to Cuba to discuss Cuba’s system of Justice, where the delegation met with a representative from the Minister of Justice’s office, Attorneys, Law Professors, and Judges, and also toured Universities, schools, and medical facilities. Anthony was also awarded the Global Leadership Award from the organization “I Change Nations”.

Anthony interests include: musical performances, flying (general aviation), scuba diving (certified), and writing. He is currently working on a new invention patent application, writing a novel (a trilogy) and preparing to record a musical CD).