Wilkes-Barre, PA WW/Press/December 2, 2021 – Al Flora Jr., Attorney with The Law Offices of Al Flora, Jr. is recognized and distinguished in the Top Attorneys of North America 2021-2022 edition by The Who’s Who Directories. 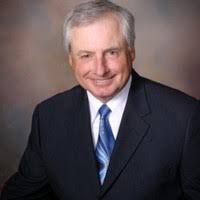 “I am a firm believer of  Constitutional Rights.” – Al Flora, Jr.

Al Flora, Jr. has spent much of his 43 year legal career concentrating on criminal defense at the trial and appellate levels in federal and state courts. Besides maintaining a private law practice, Al was an Assistant Public Defender for Luzerne County, Pa. having joined that office in 1980. During his tenure there, he was responsible for handling capital and non-capital homicide cases and appeals. In 1990 he became the First Assistant and in 2010, he was appointed Chief Public Defender. As Chief Defender, one of his most significant accomplishments was the creation of a juvenile defense unit which was recognized as a state model for juvenile defense representation.

During his legal career, Al has argued appeals before the U.S. Supreme Court, the U.S. Third Circuit Court of Appeals, and the Pa. Supreme and Superior Courts. He has handled over 2,000 criminal cases and tried to verdict well over 200, including 6 capital murder cases. Some of his cases have attracted international attention, including representing George Banks who in 1982 killed 13 people; and Mark Ciavarella, Jr., who as a Pa. state juvenile court judge, was charged by the federal government with bribery and extortion, out of what has become known as the “Kids for Cash” scandal. Many of his client’s have been judges, lawyers and professional people who have been charged with serious crimes. He has also successfully represented judges at trials before the Pa. Court of Judicial Discipline.

In January 2017, the Pa. Bar Association’s Judicial Evaluation Commission gave Al a “Recommended” rating for him to be a candidate for the Superior Court of Pa. In providing this rating, the Commission stated in part, “The candidate has been an accomplished trial and appellate lawyer since 1976…His career has focused and specialized on criminal defense work and complex cases, including one for which he appeared before the U.S. Supreme Court…In 2010 he became chief public defender for Luzerne County, where he brought an action that required counties to provide adequate funding to ensure that all indigent clients received proper and adequate representation in the courts…The commission believes that the candidate has the strong intellect, work ethic, integrity, character and independence to serve on the Superior Court and recommends his candidacy.” Al received his Juris Doctorate of Law from the University of Baltimore School of Law and his Bachelor of Arts (B.A.) in Political Science from Lycoming College.

As a former member of the Luzerne County Juvenile Justice Task Force, Al has lectured on the juvenile justice system to over 1, 000 school teachers at in-service programs and to high school and college students. At the invite of Pa. Supreme Court Justice Correale Stevens, Al presented a lecture on criminal investigations as part of a law enforcement training program, which appeared on the Pennsylvania Cable News Network.

Al has been an invited lecturer on criminal law and professional ethics at continuing education programs for criminal defense lawyers and state and federal public defenders.

In 2014, Al testified before the Pa. State Senate judiciary Committee on proposed legislation for the Indigent Criminal Defense reform; and in 2011, he testified before the Article V Pa. Constitutional Review Commission on improvements to the juvenile defense delivery system and representation of juveniles by public defender offices.

In 2014, Al appeared in the documentary series “Sprees that Shocked the World” on the Twofour Broadcast network which aired in the United Kingdom. Al’s appearance dealt with his representation in 1982 of mass murderer George Banks.

In 2005, Al was designated as and appointed by Federal District Court for Middle District of Pennsylvania as “learned counsel” under 18 U.S.C. 3599 (d) in Federal Habeas Corpus proceeding arising from death sentence imposed upon conviction in state court.

In 1990, Al appeared in a documentary titled “What Jennifer Knew” broadcast by the Pa. and Connecticut Public Television Networks and co-sponsored by the American Judges Association. The documentary was a comprehensive review of children as witnesses in criminal cases.

Be the first to comment on "Top Attorney – Al Flora, Jr."