Atlanta, GA WW/Press/April 21, 2022– Stephen T. LaBriola, Esq. Founding Partner with Fellows LaBriola, LLP is recognized and distinguished in the Top Attorneys of North America 2022-2023 edition by The Who’s Who Directories. 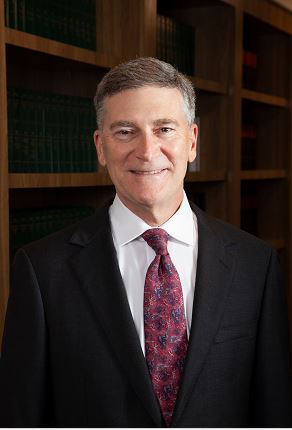 I ask myself, “if I am going to lose, why am I going to lose?”  Then I ask, “why am I right overall?”  And I make the weakness my strength. – Stephen T. LaBriola

Fellows LaBriola LLP was established in 1993. The law firm was born out of a desire to provide quality legal representation to the Atlanta community. Originally headquartered in Buckhead at the Atlanta Financial Center, the firm relocated to its current location in Peachtree Center in the heart of downtown Atlanta in 1998. 2020 marks the firm’s 27th anniversary. Fellows LaBriola is a proud sponsor of many organizations and events that serve to better the community through legal advocacy and awareness. The sophisticated litigation practice focuses it legal service in the areas of business, criminal defense, intellectual property, insurance and personal injury. The attorneys have trial and appellate litigation experience handling complex cases in federal and state courts throughout the United States. They enjoy long-term relationships with numerous clients by helping them anticipate and avoid legal problems and disputes. The Firm philosophy unites a commitment to quality representation with a dedication to personal attention and service. The Firm believes in using a proactive approach in counseling their clients. The foundation of the firm is to be united in a commitment to provide quality representation with a dedication to personal attention and service.

Stephen T. LaBriola is founding attorney at Fellows LaBriola LLP. He formed the firm exclusively in litigation. He practices in the areas of commercial litigation, intellectual property litigation, claims involving fraud and misrepresentation, False Claims Act (FCA) litigation, and suits involving catastrophic personal injury and death. In a world of increasing legal complexity, Attorney LaBriola understands the importance of keeping it simple. This comes from years of trying cases before juries.  Each case is a story waiting to be told, and few trial lawyers can match his ability to convey that story to the jury.  He boils down the most complex commercial transaction to its core. Perhaps this is why he is frequently called upon in the “bet the company” case. He also has been honored to be the “lawyers’ lawyer” having been asked to represent attorneys when their reputation and pocketbook are at stake.

Stephen LaBriola is often called upon to assume lead counsel responsibility on the eve of trial because of his years of jury trial experience, first as a former prosecutor and now as a veteran civil litigator. The firm limits its personal injury representation to the catastrophic, those cases involving paralysis, severe burns and/or wrongful death. Mr. LaBriola has obtained some of the highest settlements in the personal injury arena in the State of Georgia. He was the coordinating plaintiff’s counsel in the Bluffton Bus Accident case, which involved a commercial bus carrying the entire baseball team from Bluffton University in Ohio, which mistook the left exit ramp on Southbound I-75 with the continuation of the highway and drove up and off the exit ramp at highway speeds to come crashing back down onto the highway in the heart of Atlanta, killing several young men in the prime of life as well as causing permanent, serious injuries to numerous other passengers. The lawsuit was filed against both the Georgia DOT and the driver, and the case involved complex insurance issues, including separate insurance coverage litigation in Ohio, which was litigated up through the Ohio Supreme Court, resulting in a ruling triggering $21 million of additional insurance coverage for the accident. The suit ultimately settled after years and years of litigation. In the Fall of 2019, Mr. LaBriola obtained a settlement on the eve of trial for over $15 million for the victim of a tractor-trailer/minivan accident resulting in catastrophic, permanent injury. Mr. LaBriola obtained the testimony of national experts in multiple fields, including accident reconstruction, life-care planning, physics calculations of speed from a dashcam video on a moving vehicle and human factors expertise. Stephen LaBriola is the attorney of the firm who is called upon to try all such catastrophic injury and wrongful death claims.

Mr. LaBriola received his J.D. degree from New York University (NYU) School of Law in 1985 and his Bachelor of Arts degree in History from the University of Colorado, where he graduated Summa Cum Laude, was elected to Phi Beta Kappa and received the Chancellor’s Recognition Award for Academic Excellence. Immediately following law school he served as a law clerk for Justice William D. Neighbors and then for Justice Anthony Vollack, both of the Colorado Supreme Court.  Thereafter, he prosecuted numerous cases as a deputy district attorney in Denver, Colorado, prior to moving to Atlanta and joining a large Atlanta law firm.

Mr. LaBriola has been awarded Martindale-Hubbell’s highest rating of AV.  He is a Master with and a past President of the Lamar Inn of Court, a group of experienced trial attorneys who present continuing legal education seminars and workshops in conjunction with Emory University School of Law.  He is a past Chair of the Litigation Section of the Atlanta Bar Association and of the American Bar Association’s Subcommittee on Advertising to the Committee of Professionalism and Ethics. Mr. LaBriola has been selected for inclusion in Georgia Super Lawyers for each consecutive year since 2004 and received the Top 100 Georgia Super Lawyers distinction by receiving one of the highest point totals in the Georgia nomination, research and “blue ribbon” review process.  Mr. LaBriola has also been listed among Georgia Trend’s “Legal Elite” for each consecutive year since 2006. In May 2017, Mr. LaBriola received the Charles E. Watkins Award which is the Atlanta Bar Association’s highest award given once a year to recognize one lawyer who has shown distinctive and sustained service to the bar.  Mr. LaBriola received the Best Lawyers “Lawyer of the Year” Award in Litigation – Securities for 2019.

Mr. LaBriola and his wife, Leslie, have four adult children.

Be the first to comment on "Top Attorney – Stephen T. LaBriola, Esq."