Albuquerque, NM WW/Press/March 12, 2020 – A. Blair Dunn, Attorney with Western Agriculture, Resource and Business Advocates, LLP was selected for inclusion into the Top Attorneys of North America 2020-2021 edition by The Who’s Whos Directories. 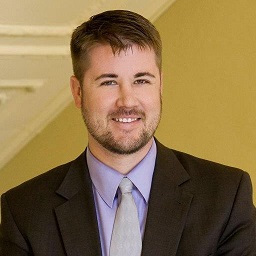 Western Agriculture, Resource and Business Advocates, LLP located in Albuquerque, NM focuses its practice on assisting assisting farmers, ranchers, businesses and everyday citizens defend their rights. They are dedicated to fighting for your rights and to solve your case with the best outcome.

Blair Dunn has over 10 years of litigation. He is licensed Licensed to practice in NMandSD, practicing in State District and Appellate Courts. He also practices in the Federal District Courts of New Mexico, South Dakota, Colorado, the North District of Texas, the West District of Texas and Court of Federal Claims.  Blair maintains a strong federal appellate practice in the Court of Appeals for the Federal Circuit, the Tenth Circuit and the Fifth Circuit. As a lifetime libertarian part of Blair’s legal practice involves fighting for civil liberties as a civil rights attorney. He also maintains a large part of his practice in government transparency and government accountability. As a recipient of a Dixon Award for his legal work from the New Mexico Foundation for Open Government, Blair is exceptionally passionate in his work surrounding public records litigation.  Blair also works with individuals and companies on natural resource issues and agriculture issues including consumer protection matters.

Blair grew up High Rolls, New Mexico and is a 4th generation New Mexican. His grandfather, Aubrey L. Dunn, Sr., served in the New Mexico legislature and his father was New Mexico State Land Commissioner. Blair has run for state senate, New Mexico Attorney General, and operates a political consulting firm. He is involved in several community services in Albuquerque.

Blair received a J.D. from the University of New Mexico School of Law and a Bachelor of Science (Geology) degree from New Mexico State University. Raised on farms and ranches in southern New Mexico, Blair’s background and degree in geology allows him to work as a lawyer in natural resources and agriculture with greater proficiency.

Blair lives in Albuquerque with his wife Beky and daughter Harper.

Be the first to comment on "Top Attorney – A. Blair Dunn"