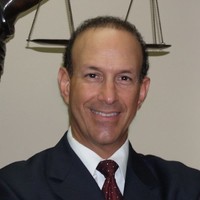 “I take a “hands on” and personal approach to every case I take. – David M. Shaby II

Shaby & Associates represent clients in a wide range of legal services including personal injury, aviation law, business law, real estate law and civil litigation. The team of attorneys represents individuals, small and large-sized businesses, charitable and non-profit organizations. They work collaboratively to determine your goals and objectives. At Shaby & Associates they are dedicated, skilled attorneys who will fight on your behalf. They take pride in meeting and exceed clients expectations, recovering the most favorable outcome possible.

Attorney Shaby has an extensive knowledge of orthopedic medicine, which helps him significantly in representing his personal injury clients. His personal injury practice has included brain damage cases, spine injuries including paralysis (paraplegic and quadriplegic cases), and amputations.

Mr. Shaby has a number of general domestic and international business clients, whom he represents for the purposes general business advice, business formation, drafting of contracts, buying-selling of assets, lease issues, partnership disputes, medical and dental licensing issues, etc. as well as in general business-related litigation. From 1981 to 1986 Mr. Shaby represented the foreign government of the Dominican Republic as its Vice Consul in Los Angeles.

He is very well regarded by his peers and the many jurists who know him as a knowledgeable attorney and a seasoned & aggressive litigator.

Mr. Shaby was awarded the coveted Los Angeles County “Volunteer of the Year Award”, received the “Top 100 Award” from the Association of American Trial Lawyers in 2018, Mr. Shaby is the recipient of two Special Recognition Awards for his endeavors with the Culver City Police Department (CCPD) where he served as a as a reserve police officer with the Culver City Police Department (CCPD); while with Culver City P.D. he acted as their pilot and helped set up an aero division.

Fluent in Spanish, Mr. Shaby holds a 2nd degree black belt in Kenpo Karate, he is a former ski racer and instructor, has been a licensed pilot since 1981 and holds an ATP (Airline Transport Pilot) certificate for multi-engine aircraft and a Commercial Certificate for single engine aircraft.

Mr. Shaby is married with two children, a daughter who is a graduate of Harvard Law School and a son who graduated from New York University.

Be the first to comment on "Top Attorney – David M. Shaby II"