Bethesda, MD WW/Press/February 26, 2020 – Charles F. Fuller, Attorney with McChesney & Dale, P.C was selected for inclusion into the Top Attorneys of North America 2020-2021 edition by The Who’s Who Directories. 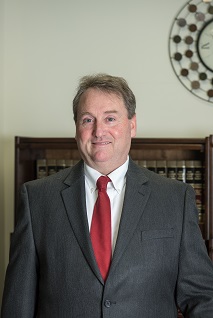 “I give honesty and make sure every client understands what is entailed.” – Charles F. Fuller

Established in 1972, McChesney & Dale, P.C. takes pride in having decades of experience representing a number of businesses and individuals, providing a high level of high-quality service. They are there to help clients identify and implement solutions in their legal matter with a successful outcome.

Chuck has been practicing law in the Washington, DC Metropolitan area since 1985. He joined McChesney & Dale, P.C. in 1989. He concentrates in employee benefits litigation, estate planning, estate and trust administration and the review and preparation of Qualified Domestic Relations Orders.

He also is engaged in general litigation matters including contracts, estate and employment-related cases. He is active in the firm’s practice as General Counsel for various Taft Hartley Pension, Health and Welfare and Apprentice Trust Funds. He has represented numerous clients presenting administrative appeals of long-term disability claims and filing civil actions in the local United States District Courts involving these claims.

Charles F. Fuller is also a member of the International Foundation of Employee Benefit Plans, the Montgomery County Bar Association, and The Barristers. He has also received the coveted AV peer review rating by Martindale-Hubbell.

Chuck and his wife Nikki have two children. He is an avid baseball fan and tries to attend as many games as possible throughout the season.

Be the first to comment on "Top Attorney – Charles F. Fuller"