Cincinnati, OH /Press/October 23, 2019 – F. Harrison Green, Attorney with The Green Law Firm was selected for inclusion into the Top Attorneys of North America 2019-2020 edition by The Who’s Who Directories. 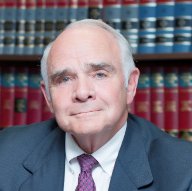 “Caring for and dedication to the interest of the client. – F. Harrison Green

The Green Law Firm proudly serves clients in Cincinnati, Ohio.  The firm also has a law offices in Oxford, Ohio and Dayton, Ohio.  They handle a wide range of legal matters including medical malpractice, wrongful death, legal malpractice, civil rights, sexual harassment, divorce, bankruptcy and personal injury.  At the Green Law Firm, the foundation of the practice is understanding and encouraging clients to do what is best for them, no matter what type of injustice they have undergone.  The attorneys have an upfront honest approach to educating and to guiding clients, empowering them to make informed decisions.  They will use every resource at their disposal to see their clients’ case through to the end.

Harrison Green, founder of The Green Law Firm was admitted to practice in the State of Ohio in 1972, and the State of Indiana in 2000. He is also licensed to practice law in the United States District Courts in the States of Ohio and Indiana along with the United States Court of Appeals for the Sixth Circuit, and also admitted pro hac vice in 18 state jurisdictions. Attorney Green practices in the areas medical malpractice, legal malpractice and civil rights in the area of sexual harassment.  Litigation is the primary focus of his practice; he enjoys the challenge of trial that precedes the fighting on behalf of plaintiffs in complex legal cases.

In handling personal injury and malpractice cases, Mr. Green will be by your side, whether you have been personally wronged , or you’ve lost a loved one as a result of someone else’s careless behavior.  He will help you receive the financial compensation you deserve.

Before starting this law firm, Mr. Green was an associate with Roger B. Turrell & Associates, a Partner with Newlin, Green & Weinrich, and a Judge for the Butler County Court.

Mr. Green had big dreams on becoming an engineer – that is, until he read the memoir My Life in Court by Louis Nizer.  He chose the book for a contemporary literature class unaware that his future aspirations would take on a different career path, i.e. to become a lawyer.

Nizer’s work stood out to Mr. Green because it showed a side of practicing law that he had never considered before.  Most courtroom stories seemed to feature a lot of over-the-top, emotionally driven theatrics – so much so that he never considered going into the legal profession.  In Nizer’s stories, Nizer approached every case with a level head and a well-designed strategy.  Most fascinating of all, he seemed to create a rhythm in the courtroom.  As a teenager, Mr. Green could imagine himself litigating his cases exacting the same way.  In becoming a lawyer, he stands by the philosophy to always approach negotiations – both in and out of the courtroom – with a calm demeanor and focus on the facts.

Be the first to comment on "Top Attorney – F. Harrison Green"