Encino, CA/Press/February 9, 2021 – David E. Kenner, Attorney and Founder of Kenner Law Firm was recognized and distinguished as a President’s Circle Member in  the Top Attorneys of North America 2021-2022 edition by The Who’s Who Directories. 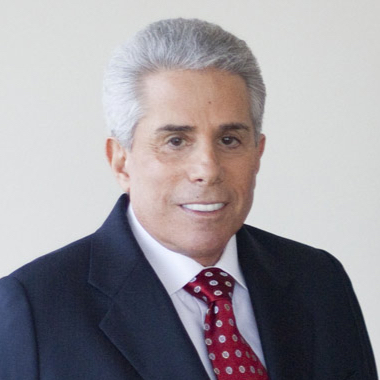 “The key to my success is sincerity, focus and dedication” – David Kenner, Esq.

The Kenner Law Firm located in Encino, California represents clients in a wide range of civil and criminal matters. Veteran and Criminal Defense attorney, David Kenner has devoted over 50 years of handling thousands of State and Federal criminal matters across the country. He was admitted to practice law in the State of California since 1968. Mr. Kenner is known as a very aggressive, well-prepared criminal defense lawyer who establishes strong rapport with his clients.

In addition to all of the State matters he has handled, Mr. Kenner has developed a large part of his practice devoted to the litigation of complex criminal, quasi-criminal, and civil litigation most typically opposing government counsel. He has tried cases against US attorneys, district attorneys, attorneys general, and has confronted in litigation the FBI, DEA, CIA, ATF, organized crime, OCIDEF Task Force cases, government contracting fraud, and many others.

Mr. Kenner was defense counsel in the first Federal drug kingpin case brought in the United States, a host of 848, 846, and 841 cases and a number of money laundering cases including the largest DEA undercover money laundering investigation called “Operation Polar Cap”. Mr. Kenner in that case won a dismissal for his client. Having handled nearly every kind of Federal crime including white collar crimes, weapons charges, Federal homicide cases and CFTC and SEC matters.

Mr. Kenner has also distinguished himself in the representation of every type of State crime, both misdemeanors and felonies. Over the last two decades, those clients have included alleged murderers, drug dealers and stock swindlers. David Kenner, an executive and head of counsel at Death Row Records represented Suge Knight, co-founder and former CEO of Death Row Records, artist Snoop Dogg and Tupac Shakur, becoming the centerpieces of his practice. Mr. Kenner’s excellence is well illustrated in his representation of “Snoop Dogg” where he won an acquittal, Robert Geddyes, where his cross examination in pretrial hearings forced the district attorney’s office to dismiss their first degree murder charge on the eve of trial, and most recently he won an acquittal in a case involving twelve counts of attempted murder filed against two members of the Hells Angels Motorcycle Club in the State of South Dakota.

After the end of Death Row Records David Kenner, still remained a legal counsel for Suge Knight, joining him as his attorney for his numerous legal issues and his  latest trial, where Knight was involved in a fatal 2015 hit-and-run and  sentenced to 28 years in prison.

Attorney Kenner is considered an expert in the cross examination of government professional witnesses. Whether an instant arrest or a multi year conspiracy investigation, Mr. Kenner brings the experience, expertise and know how to level the playing field allowing the firm’s clients to receive a fair trial and the cutting edge in representation.

Mr. Kenner received his Undergraduate Degree and Law Degree from The University of Southern California, Los Angeles California. He is a member of the California State Bar and Lawyers of Distinction. Mr. Kenner holds Martindale-Hubbell’s coveted AV Preeminent rating.

Be the first to comment on "Top Attorney – David E. Kenner"